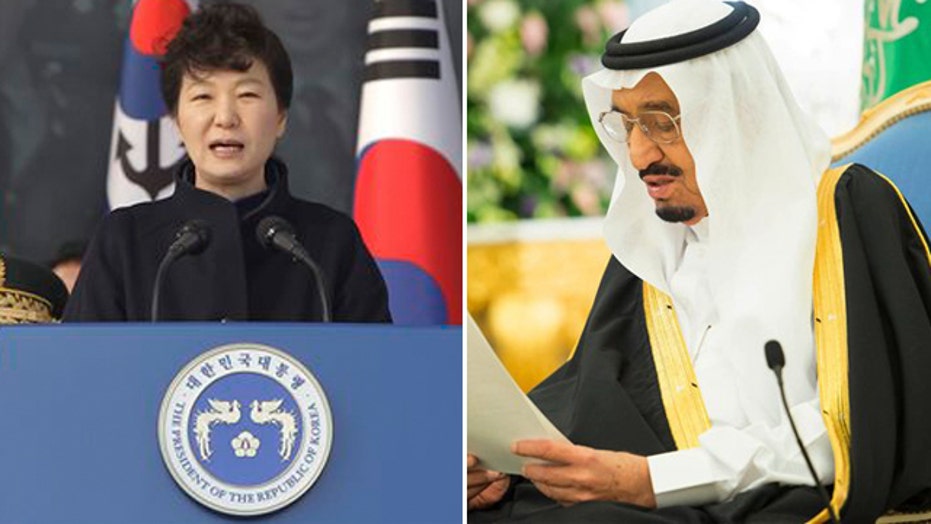 RICH KARLGAARD: It shows that the Saudis agree with Prime Minister Netanyahu that this deal does not prevent the Iranians from getting the bomb, it paves the way. Although all of the countries in the Middle East have been very wary of Iran, this is going to accelerate their development of nuclear weaponry and it does create an arms race.

STEVE FORBES: When you let Iran rise in the Middle East and the US takes a powder we are going to get a nuclear arms Holocaust. The Saudis are developing a bomb- Egypt has made a deal with Russia so they are on the way to getting a bomb- you know the Turks are going to do the same thing. It's only a matter of time with that proliferation- that the bad guys are going to get at. This is a disaster in the making.

ELIZABETH MACDONALD: It is awful. 10 Middle Eastern countries have expressed interest in nuclear energy. Who is going to sanction Saudi Arabia? The U.S. is not going to do that. The fact that Saudi Arabia has agreements with other countries to look into nuclear cooperation- that is very telling.

SABRINA SCHAEFFER: I am concerned. The fact is- this is bad news. If we look at our experience with North Korea, we have been negotiating with North Korea for the past 2 decades and we have given them one concession after another. We have seen nuclear arms proliferate- they have 16 of them. This deal is going to cause more harm in the end.

JOHN TAMNY: If countries want the bomb, they will get it. We are talking about regimes that are deemed as corrupt, so why do we think they would abide by these deals in the first place. We should ignore these countries.

JOHN TAMNY: Trying to legislate pay to play is the equivalent of trying to pass a law against bad weather. The problem we have is too big of government and it spends too much. As long as government is trying to spend money, there will be people trying to influence those allocating that money. Shrink government is the only fix here.

ELIZABETH MACONDALD: The DOJ needs to get serious and unleash their army of lawyers. Shrink the government, but any government you have is going to have corruption in it and it needs to be stopped.

STEVE FORBES: It is selective justice, and you see it all around the world. It's pure politics.

BILL BALDWIN: Do we want to give one more tool to Eric Holder's Department of retaliation? Yes. It's too easy for politicians to hide graft in foundations. I think the only way to cure it is to compel disclosure to all its donors.

MIKE OZANIAN: It's regardless of party. The corruption will not be reduced unless you reduce the power the politicians have- which means reducing the amount of money we send to Washington. We have been trying to stop this for years, yet we keep sending Washington more and more money.

BRUCE JAPSEN: It doesn't matter what laws you create, you need to beef up prosecution and get these folks.

ELIZABETH MACDONALD: There is no shortage of laws; it's a shortage of backbone. We are relying on inspector generals who can't to depositions or subpoenas. You need real power and backbone in Washington DC.

BILL BALDWIN: I think you should keep your friends close and your enemies closer. Let ISIS stay on the internet so you can keep an eye on them.

STEVE FORBES: We are at war with ISIS and similar groups and that's why we should harass them at every turn. It's a total war and we have to wage it.

SABRINA SCHAEFFER: I think this is a different case when we talk about a physical war. In this case as offensive as it is, we need to keep it up so we can have insight into what they are thinking and where they might be so we can monitor it.

RICH KARLGAARD: Disrupt their digital supply chain and their ability to recruit. We have to fight them everywhere they are.

MIKE OZANIAN: I would not want the government to have more control over the internet.