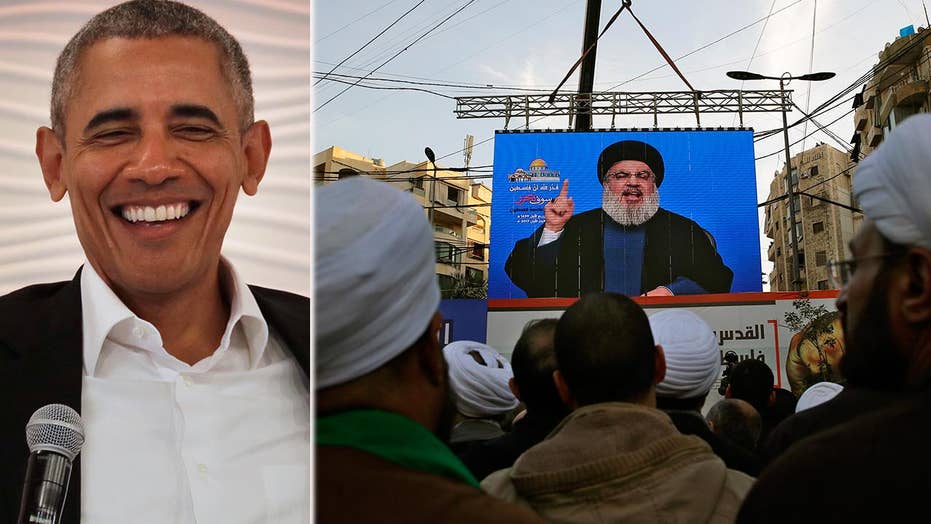 Steve Forbes: If the story had been about Donald Trump obstructing investigations of drug-running by Putin, it would have been nonstop coverage. This is one of the most shameful episodes in modern history and epitomizes the disastrous foreign policy of Barack Obama who makes Neville Chamberlain look like Winston Churchill.

Bruce Japsen: The Washington Post had a good story saying that of this 13,000 word piece in Politico, that they focused on low level folks and that the Obama administration didn't give Hezbollah a pass on this and this, after all, was the administration that got bin Laden.

Elizabeth MacDonald: The story was deeply reported. Politico is standing by it, he used deep sourcing, court records, government documents and he noticed, you could say what you want, the Obama officials are out there defending Obama and pushing back on the story- of course they're going to do that. Watch this when you read their pushbacks, there are no claims of factual errors in the story. They're trying to undercut it with their own opinion.

John Tamny: I agree with Steve, if it were Trump it would be a bigger story in the mainstream media. My biggest problem is the DEA is so large and so well-funded that it can track drug deals on other sides of the world. I'm not trying to minimize Hezbollah or Iran but to me the bigger threat to my well-being is a $4 trillion federal government, I think this is small.

Rich Kaarlgard: Over the course of time, this has added up to about a half billion dollars of drug smuggling. Let's not forget that Hezbollah is the terrorist arm of this Iranian regime. I agree with Gowdy that, you know, Obama's quest for a legacy either overrode common sense or it was pretty nasty.

Mike Ozanian: In the larger picture, I think it's irrelevant whether the mainstream media covers this because with social media- you don't need to read things in a newspaper or watch television to get the facts. My anger goes to the republican party. Where was Republican Party, when Obama was wire-tapping reporters and his Attorney General was meeting with Bill Clinton before the election, and on and on and on. The Republican Party was spineless in stopping Obama and that's why we have this.

Steve Forbes: Infrastructure spending means giving out money and even democrats like the smell of, you know, the money from pork spending. But one of the key things, if we're going to have a successful infrastructure program, is to tie the spending to removing road blocks, to building the bridges and repairing the roads. They have too many studies, too many delays, too many rules that inflate the costs, so, make it contingent on making this thing efficient instead of the bloat of the past.

John Tamny: Let's remember back in 2009 it was wasteful infrastructure spending under Obama that led to this Amtrak disaster. My thing here is let's not add to what was already a mistake. We had a tragedy, why would you injure us more with more wasteful government spending? We're better off when government spends less, Trump should realize that.

Bruce Japsen: I think the Trump administration took the eye off the ball here. Steve Bannon a few months ago did an interview saying that they were going to do tax cuts, Obamacare repeal, and infrastructure and have it all done by August and somehow that got replaced by the failed Obamacare repeal, trying to elect a pedophile in Alabama, and the tax cuts. So I hope this isn't too late and I think what they should do now that the corporations are getting that tax cuts, there should be emphasis on private spending by these companies on improving infrastructure.

Rich Karlgaard: Well, you know, when you're an American and you come back from Asia, Singapore, China, and you see really great infrastructure, and then you come back and look at our roads and so forth, naturally, spending more money on infrastructure seems like a logical thing to do. But the environmental lobbies delay projects to a fair thee well. It took it longer to build an access road to the golden gate bridge a few years ago than it did to build the golden gate bridge in the 30's.

Mike Ozanian: Going to that Amtrak accident, it was going 80 miles per hour in a 30 mile per hour zone. I wouldn't tie the two together. Leave the infrastructure spending to the states, counties, to the local communities at least the vast majority of it. This thing is going to be a boondoggle, i don't care if it's a public-private partnership, everyone is going to have their hand in the pot.

Elizabeth MacDonald: Margaret Thatcher said politicians take the infrastructure, we take the bridges and roads. I think you're right it turns into a boondoggle and look at Amtrak, operating in 15 states with virtually no passengers.

Rich Karlgaard: I think you should assume you have no privacy in this modern social media world. I think the millennials are a lot more comfortable sharing information about themselves than say people of our generation.

Bruce Japsen: I think that some people don't even realize that they're exposing themselves to, you know, various vulnerabilities. If you look at the Russian investigation, I think people need watch what they're putting out there. There's not much you can do about it.

Elizabeth MacDonald: I think this is proof we’re maybe too much on the internet and too much on the social media that they have to come up with this feature? That's evidence of it.

John Tamny: In this case, the remuneration is that we get so much for free. As far as I'm concerned Facebook can do what it wants. It's offering hundreds of millions of people what they want for free.

Steve Forbes: More and more of your privacy is going into databases everywhere. This is a lawyer's bonanza, your picture appears somewhere, what's your remuneration.