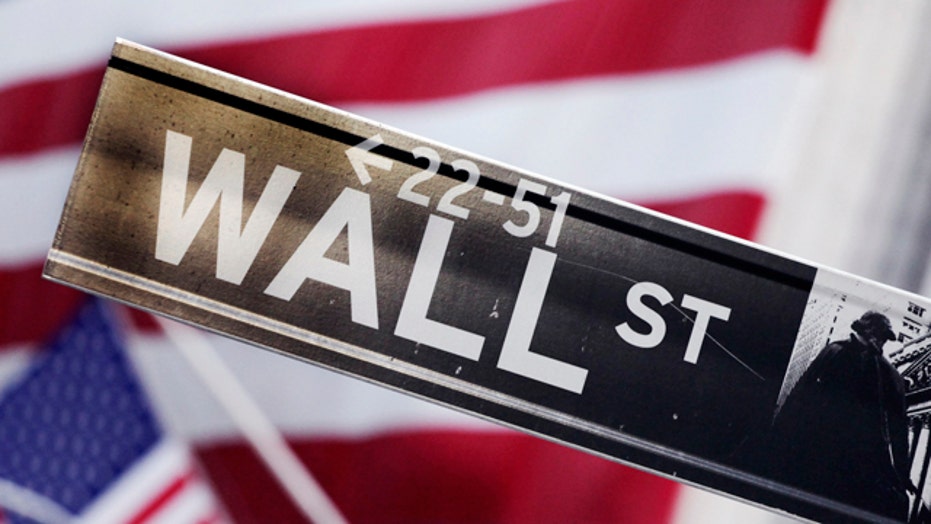 Is a stagnant economy the new normal?

This is a rush transcript from "Special Report," May 29, 2015. This copy may not be in its final form and may be updated.

LARRY SABATO, UNIVERSITY OF VIRGINIA: This may be another reason why she is not answering questions. But when she does boast about the Obama administration, it strains credulity if the economy is weakening or there are signs that cause citizens to question whether the economy is stable. So absolutely it hurts Hillary Clinton and it hurts President Obama and Democrats generally.

BRET BAIER, ANCHOR: Talking there about the economy and the revision of the gross domestic product, the GDP, came out today from the Congress department, that it shrank by 0.7 percent annual rate in the first quarter. Most analysts expected it to be bad, but this is not a good sign for the economy.

And speaking of that, the latest polls, for your family, does it feel like the recession is over? Take a look at this poll -- still in recession, recession is over. President Obama on the economy does a little better, still upside down, approve, disapprove.

OK, Nina, the administration said it was a severe winter. They always say something about that about the first quarter.

BAIER: But politically what does this number mean?

EASTON: Well, a couple things. One, it's not a good number, obviously. It's the third time that we've had a downturn since the recession like that. But there are good signs in the economy. Incomes are up. Housing is turning around. And the thing to remember politically -- and I remember this so well from 2012 when I taught a class. It's the economy, stupid, thinking that the stagnant economy would really hurt Barack Obama. It's about the trend line on the economy. Is it getting worse or getting better? And there's a long time between now and next November for people to feel like it's getting worse or it's getting better.

BAIER: But anecdotally, there's still a lot of money that is off on the sidelines. Companies are still stockpiling cash. And while there is some churning going on, it doesn't seem like it's really taking off.

AMY WALTER, COOK POLITICAL REPORT: Well, people are still not feeling confident about the economy. The trajectory and the economy, they are not feeling good personally. There's a sense that we are sort of stuck. I hear that over and over again when you talk to voters, that we are stuck.

But the reality for this campaign, too, I think Nina is exactly right. It's a good thing for Democrats that it's happening this quarter, not in 2016. But, you know, the other issue is, too, we have an economy that really hasn't been growing at the pace that it was in the '80s and '90s. We have a 21st century economy that has a 21st century problem, which is growth has really averaged 1.8 percent since 2001.

BAIER: So you're saying this is the new normal?

WALTER: So this is the new normal, and we don't have politicians putting programs forward or policies forward that deal with this. We're still talking about programs that we were talking about in the '30s and '60s and the '80s.

BAIER: Yes, and obviously the Federal Reserve factors into all of this and how Fed policy has buoyed this economy but maybe also changed how it works.

CHARLES KRAUTHAMMER, SYNDICATED COLUMNIST: But the Fed policy makes this even worse. You've got the fed with the foot on the pedal that's been there for six years, zero interest rates, historically unprecedented. Some countries in Europe actually have negative interest rates. And fiscally, the Congress, even though Obama boasts about reducing the deficit, it's still half a trillion dollars a year which is off the charts. So you have got all this stimulus, and you still have the weakest recovery since the Second World War. You still have a growth rate that averages about two percent.

I love the way administration immediately says, well, you know it was the way that we calibrate the growth numbers from season to season, and then, of course, it was a shocking act of God which is known as winter. Every time there's a slowdown, it's because, well, it does happen between January and March. And it doesn't happen every administration. It happens here.

And there's a reason. It is true that it could be the new normal, but until we try a new set of policies -- the Republicans policy is not that complicated. Deregulate, allow the energy economy to grow. That's what has been carrying us. There are all kinds of things that you can do by doing less or nothing. Stop adding entitlements. Then we'll have a test of whether it's the new normal or it's Obama liberal economics.

EASTON: I just want to say yes, that's all true, but because of the strength of our private sector and because of our innovation we still are the number one economy on the globe. China is slowing down. The Brit countries aren't doing well. Europe is not doing well. We are the ones who stand out, and it's largely because of a still vibrant private sector that goes on despite all of this.

KRAUTHAMMER: But all of that means is that Obama hasn't entirely killed it yet.

EASTON: I put $40 on Marco Rubio. This is a change for me because I've been betting more heavily on Jeb Bush, but Jeb Bush is just still -- particularly this poll that came out that showed him 10, 10, 10 with other candidates. He's just not pulling ahead, and I think Marco Rubio is gaining strength.

The other person that I would put $10 on that is on the table now is Carly Fiorina. I think she's had a really good run. She's somebody that people are taking a look at. They think she's attractive. There's a lot of attention to her, particularly in Iowa.

WALTER: I'm with Nina. I took a little money off Jeb Bush this time around, but I put it on Scott Walker. And I think Scott Walker in this case -- he gets the benefit of doubt when he talks to voters. Jeb did not have that benefit of doubt. This changes over the course of a campaign. Jeb could prove to be a better candidate. Walker could prove to not be a very good candidate. But at least right now where voters want to be is with somebody like Scott Walker.

BAIER: You know, the casino online, which we've -- twitter, Facebook, on the homepage, they are heavy Ted Cruz, Ben Carson, Rand Paul, much more chips than this panel ever does.

KRAUTHAMMER: Well, that's because we are all RINOs, isn't it?

Look, my top tier remains unchanged, heavy on Rubio, Bush up there a little bit ahead of Walker. But because it's becoming so dull I'm going to introduce a new factor, which is the chances of somebody coming out of the second tier jumping into the first. Three people in that pool I put in, Cruz, Fiorina, and Christie, 10 bucks that one of them will emerge and become top tier, which means I have to cut back on frivolities, only five bucks on wine and song.

WALTER: I don't think that gets you a glass of wine --

BAIER: The dealer is a little confused about the whole 10 bucks shared, but I got your point.

KRAUTHAMMER: But at the roulette table you can go for three numbers.

BAIER: This is more like blackjack. But that's all right. I like when you come to the table with your own rules.

KRAUTHAMMER: How else can you win?

BAIER: I want to play one thing on the Democratic side, this little video from someone who is making an announcement tomorrow.

BAIER: Martin O'Malley, Amy, is going to announce that he's running for president. That's kind of a cute video, but what about this?

WALTER: You know, Martin O'Malley has a decision to make here. He's obviously going to run as a more progressive. He's talking about being the more clear progressive in this race against Hillary Clinton, a new generation. He's 15 years younger than Hillary Clinton.

WALTER: OK. So think of it like she has an ACL tear. Martin O'Malley has to decide, is he going to play football against, tackle, be safe, or is he going to go and stick his helmet into her knee the entire time. I don't think he's going to go for the knee, but we'll see.

BAIER: Bernie Sanders on trade went towards the knee, just recently saying, "I made a decision, I'm against it. She has to make a decision."

EASTON: Right. I mean, the trade thing is a perfect example where she's staying out of the spotlight -- well, she's in the spotlight under her terms, but she's not answering questions or she's trying to have both ways, particularly on trade, which is tearing the party apart.

I have to add on the Martin O'Malley thing, have we looked at what is happening in Baltimore where he was mayor? It was not just the riots but the murder rates. The murders that happened over this past weekend, and went on to be governor of this state. He doesn't have a great record to run on.

BAIER: Or the Maryland economy. But he's --

EASTON: Or Obamacare in Maryland.

BAIER: He's going to be a factor. He is going to shake things up a bit.

KRAUTHAMMER: He will be in the debates. He'll be on screen. The name recognition will go up. He's running for 2020. He's not running for 2016.