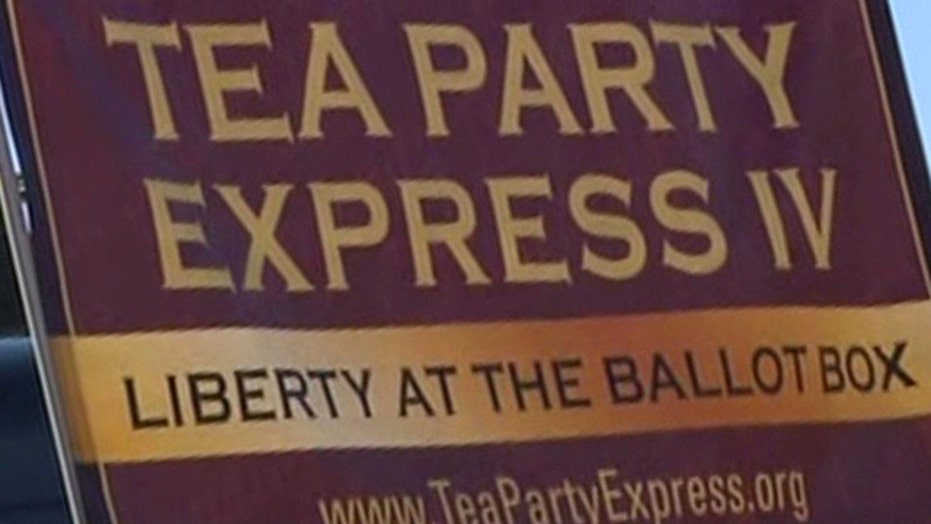 IRS admits it targeted conservative groups. This is the agency that will enforce the Health Care Law; should groups and individuals opposing the law be worried they will now become a 'target'?

Tobin Smith: Yes. The history of IRS abuse started with Kennedy getting back at his enemies with audits. Nixon was famous for this. It's been historical for president to go after his or her enemies with audits. If you were to not pay Obama care or be anti-this, or you have a nonprofit corporation against Obama Care, I'd be very careful.

Gary Smith: I think this is scary. Look, the IRS might have apologized, but you can almost guarantee they didn't do this on their own. They had marching orders from someone. Where did the orders come from?

It was one thing when Nixon had his enemies list and that was bad. This sounds even worse. I mean, look, the IRS was used to get Capone. Here the IRS is going after common citizens, and that's scary.

Jonas Ferris: I will weigh in by saying I think the IRS is a wonderful agency and doesn't deserve any auditing (laughter)... I actually think this will go away quickly because no one will aggressively audit the IRS because of the potential backlash. They'll put you on a black list. This has been going on for a long time as a tool of the administration. Under bush in the '90s, he fired all the estate tax lawyers so they wouldn't go after wealthy people. So everyone has done their own little thing when they're in office to the IRS. Now, we don't know the full story here. It sounds really bad at this level. Personally, I hope they went after all the organization, including the left wing organizations 'cause I don't understand why all these people are getting attempt exempt status anyway. I think it's a legitimate audit, but not if you target toward one group.

John Layfield: Unless something is done about it, it means if you stick your neck out and oppose the government in any way, you could be audited no matter who is in power. That has happened for many decades now. Look at the tax system. We have 72,000 plus pages because people have bought off crooked politicians for so many decades that they've gotten so many favors to be exempted from taxes. When you get audited, you have to hire accountants and lawyers and prove your case. Even if you're innocent, you still have to pay your accountants and lawyers. It's a rotten system that needs to be abolished and go to some type of flat tax.

David Mercer: I'm not worried. We should hold back on speculation and let the investigation take its course. It looks like it was targeting and that shouldn't be done by an organization or an independent agency such as the IRS. However, those that elect not to secure health insurance and therefore, are owing of a fee or a penalty, then yes you would think the IRS is going to make sure you paid that fee. Beyond that, I would not subject to fears that the IRS is coming after you. But you will owe them a fee if you do not provide health insurance for yourself.

PRESIDENT OBAMA PUSHING MORE STIMULUS SPENDING TO SPUR JOB MARKET; BUT WITH SIGNS OF JOBS ARE COMING BACK AS THOSE MANDATORY SPENDING CUTS KICK IN, IS MORE SPENDING THE LAST THING OUR ECNONOMY NEEDS RIGHT NOW?

Tobin Smith: Yeah. It's interesting the president can never get his arm around the idea that these plans will do nothing in terms of job creation. Yet, the big stuff that could create job creation, he's not willing to go after. So maybe if this just keeps him sort of quiet and happy and he can start new centers of innovation, because I know everything big that happened in the United States came from a center of innovation.

Gary Smith: Brenda, it's like déjà vu all over again. They tried it with the stimulus. We still have, including people who have given up not looking for jobs, 14 percent unemployment! That's number one. Two, in European austerity, the countries that actually cut spending over there are the ones growing. Most of the countries never cut spending over there. The government cannot create jobs. When you create a job, you're meeting a need. The government can't just say 'okay now everyone needs green energy, so we're going to create jobs there'. It just doesn't work. All they do is move money from private to public and we've already seen back to FDR that is an inefficient way to manage the economy.

Jonas Ferris: In a recession, it's good. The government can make jobs. Tesla, which was just on this show last week, is manufacturing jobs made with government loans for green energy. Is that a good use of taxpayer money? Probably not. In fact with the stock market at all-time high, I don't think it's the time to launch new stimulus spending programs. It's something you do in a crisis and save the next round of stimulus spending for such an event.

John Layfield: We have the biggest stimulus in history as we have to borrow 40 cents on every dollar from somewhere overseas. We put a trillion dollars in this economy; you count the buy America bonds and stimulus plan, and its great quoting the numbers. The real number is we have the lowest labor force participation rate since Jimmy Carter in 1979. We're going to throw more money at it. We're going to have more smoke and mirrors. We need a comprehensive plan. We're the only country that doesn't have a comprehensive plan.

David Mercer: I think we should continue stimulus. We are onto the road to recovery, but to make it robust and to keep it going, I think we need to continue not to put our foot on the brake, but to continue the path that we've been going. That is 37 months of consecutive job growth and 6.8 million jobs create in the private sector. So it's not just government spending to hire people. In fact, government jobs have been on the decline. It's in the private sector and that's what's going on. That's what the president is speaking to in creating the partnerships with universities and private firms, which have been on the increase in the last two years as well.

Tobin Smith: You're in my favorite place, Del Frisco's, the steak is $85. People are, still going to Del Frisco's. Somehow that's not hurt people. What really hurt is this drought. We forgot that we damaged these pasture lands. It takes a long time for them to come back. The combination of our stupidity with mandating ethanol, and then the actual land has been so damaged by drought, we're going to have high prices until people quit buying and all of a sudden we'll get a surplus because we have extra beef.

Gary Smith: I don't. I don't think the normal person does. First of all, the government doesn't even measure this whole concept of the chain CPI. The government has another index called the personal consumption expenditure. Basically that means when you go in and you see beef has shot up 30, 40 percent, what do most people do? They buy pork or they buy chicken. They substitute. They wait for things on sale. They use Groupon. They adapt and move and buy things on-line, get it delivered, whatever. They work around this. Yes, if we were locked in like we were back in the 50s and 60s, my gosh, you don't buy beef, that's it. That's your one protein that you got to live without. Yes. Then it would be completely different story. Now we have so many more options like grocery stores competing with Walmart and things like that.

Jonas Ferris: Gary is correct in that people will switch out. They go to a filet-of-fish because that didn't go up and that's what they'll cut. However, in a stronger economy with less slack in the labor market, people don't switch. That's why prices spike more in the real estate boom. We saw gas go up and stay up. We saw a lot of commodities go up because people are like, I'm not going to have the Angus Burger. They're going to switch, which means they're not as happy. Now they're having filet-of-fish. So our satisfaction is lower. That's the impact.

John Layfield: I think it's going to get bad for middle America, especially, because you look at corn prices have doubled in the last four years, mainly due to this ridiculous corn based ethanol plan we have. Beef prices at a ten-year high. You have gas prices that are still high as well. This affects the ordinary American. Food and gas prices continue to go up. That is going to hurt..

David Mercer: Going more on Gary's point with the consumer price index, which is a measure of inflationary trends, what we saw in there is that the food index had gone up 1.5 percent. But then on the other hand, energy index went down 1.6 percent. So kind of washes out. That's why you didn't see overall movement with regard to inflationary trends and I don't think it's something that in the short run is to worry about.