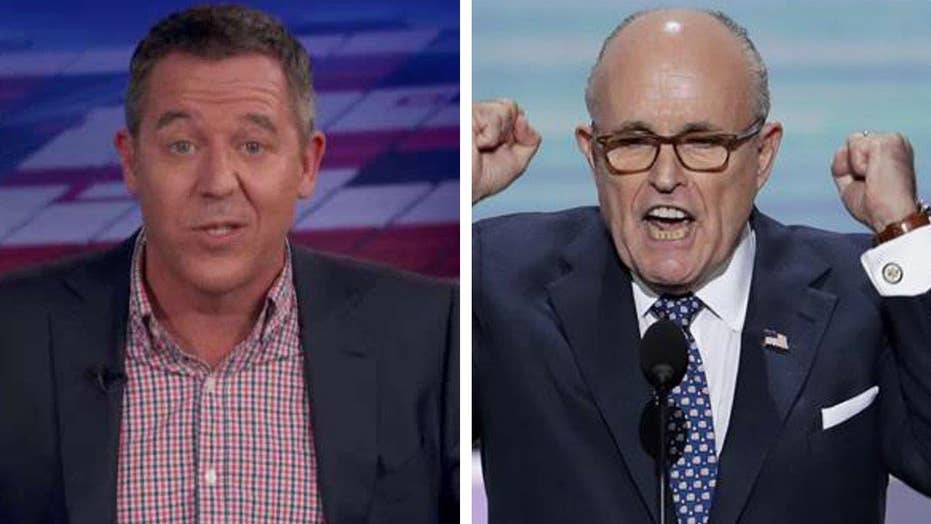 Gutfeld: Rudy gets it

Can't we just vote for Giuliani?

Today, Republican delegates are about to officially nominate Donald Trump for president. I hope they don't start with "I have a dream." House Speaker Paul Ryan will lead the roll call within the hour. This, after the first night which focused on national security. But the plagiarism, do the Trump's campaign carelessness has obscured the best speech in ages: Giuliani's.

Rudy reminds you of what could have been, speaking with force, clarity and clearly, 10 cups of strong coffee. He spoke the truth:

RUDY GIULIANI, FORMER MAYOR OF NEW YORK CITY: We must not be afraid to define our enemy. It is Islamic extremist terrorism. You know who you are.

GIULIANI: And we're coming to get you.

If they are at war against us, which they have declared, we must commit ourselves to unconditional victory against them.

My God, where has that man been? Can't we just vote for this guy? Real words by a real person about a real threat, Rudy gets it. He has dealt with such threats. He understands priorities and that's what it is about: priorities. You want another four years of fools, fretting over phobias and feelings, or leaders that can confront direct threats, which is Islamism.

Today, Dana and I went kayaking with wounded warriors -- the heroes who truly get it. Spend just a little time with these heroes and you see how small other people's priorities can be by comparison. These are the folks on the frontlines, paying for our freedoms. And there will be more of these heroes who will walk toward the threat that's coming straight for us. And if they return, they may never be the same.

So think of them when you vote. We may have skin in the game, but it is their skin that pays the