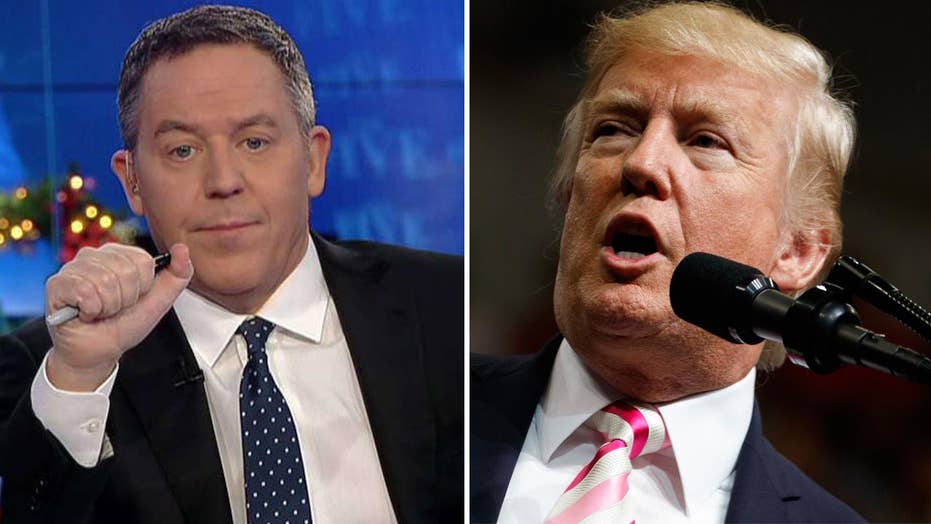 Gutfeld on the year-end summaries of Trump

The House on the Hill just passed the bill, which seems like a big deal.

Still, the media has decided it's been a bad year for Trump. As the year ends, the hacks must splice together their annual scorecards. And yes, they confirm Trump did badly.

Well, except for ISIS. Getting rid of ISIS, that's a good thing. We destroyed modern-day Nazis.

But other than that, it was bad year for Trump -- except for the judges, Gorsuch and all those other strong appointments.

But anyway, terrible year from Trump -- except for the economy and stock market's on fire, consumer confidence, it's soaring.

But beyond that, it has been awful -- except for the new energy policy, the approved pipeline, the new drilling, the spread of fracking, gas prices flat as a pancake.

But I'm telling you, it is still a bad year. I would hate to be Trump. He has got no singular achievements. Well, OK, there is that tax bill which granted has been improved since its first draft.

But it's just been a lousy year -- except for the improved relations with China and Russia, India, the Saudis, Israel.

But it's really been a downer for Donny boy. Did I leave anything out aside from deregulation, ditching the accords, repealing the mandate? Oh, and also, driving Eminem nuts? That's kind of awesome.

So what's the lesson from Trump's bad year? That when compiling your year-end condemnations of Donald Trump, it's a lot harder than it looks. What started out as evil was downgraded to incompetent, and now it looks pretty damn effective.

No wonder the media looked so sad, which has now been downgraded to miserable.