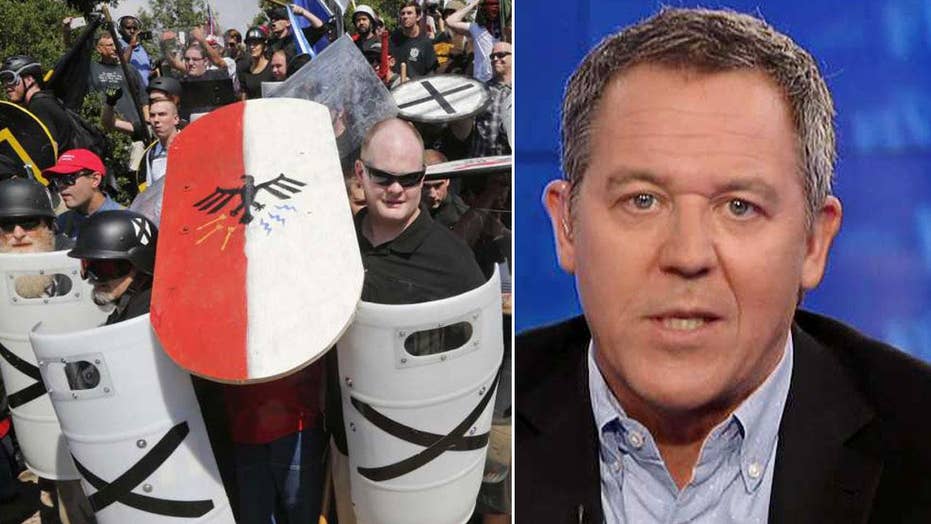 Gutfeld on the media and Charlottesville

Nothing good ever comes from an angry mob, and that includes the media

We know who is responsible for the death of Heather Heyer: racist scum. But what role does the camera play and how the prior events unfolded? Because where there is a lens, there is always a show.

This melee over a statue, it wasn't a life or death battle but one for attention. A death sport fought in the coliseum of modern media. Two sides egged on for team sport purposes. It's the circus part of bread and circuses. And so many make their daily bread off the circus.

Had we all ignored this the march would have been forgotten fast. The left used to say: What if they had war, nobody came? Imagine that. No cameras, no commentary, no Antifa, the rally would have been a bunch of badly dressed guys handing out leaflets over by noon. The camera is Miracle Grow for mayhem. These Nazis are repugnant slugs who need shunning as well as their violent counterparts. But they won't be as long as the media races to capture the action, then virtue signals themselves to death afterwards. It's the newest reality show: A gruesome "American Gladiators"; political bum fights.

But we must state clearly this event isn't emblematic of something bigger. That melee isn't who we are today or microcosm of America. It's a diseased symptom of the larger body politic, one in which words are censored and violence excused. And if we don't recognize that is a sick aberration fertilized by attention, the temperature would drop and we could be rid of it. But sadly the media loves to say this represents a greater whole, which stews more rage.

Meanwhile Americans just hope North Korea doesn't bomb us. It's true. Nothing good ever comes from an angry mob. And that includes the media.