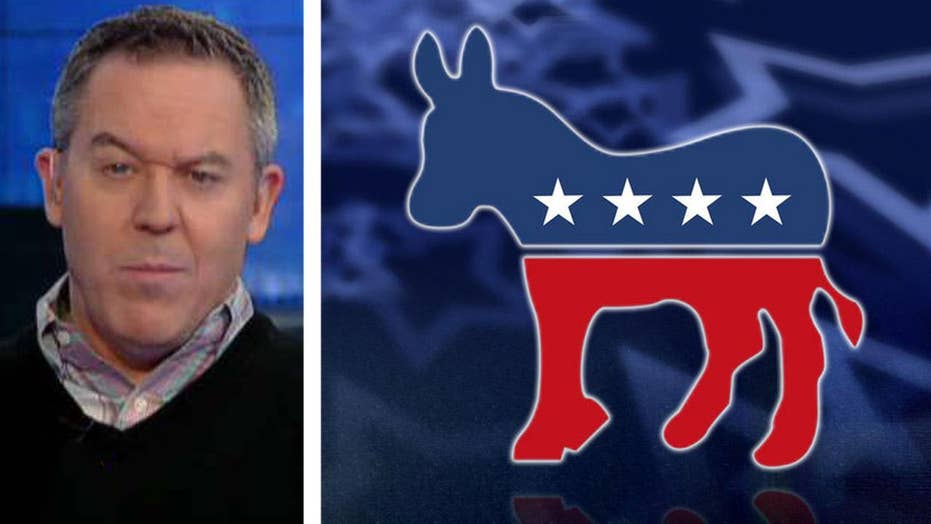 Gutfeld on the Democrats' search for a feisty candidate

Democrats looking for candidate to oppose President Trump in 2020.

According to The Hill -- the newspaper, not the raised area of land -- Democrats now think their next nominee need not be "likable." He or she just needs to win. Which is funny. It's not like Hillary lost because of her sparkling personality. Back pain is more appealing.

What they mean is they want a fighter, someone who can throw punches instead of retreating to Gwyneth Paltrow's flat to mainline quinoa. A fighter isn't polite or formal but aggressive, blunt and sometimes even rude. Meaning they're looking for their Trump. For two reasons: One, we may never return to the way things were before Trump. It's not enough to tie the perfect Windsor knot or make the most tasteful toast. You've got to be interesting, funny, raw.

But also, it seems likability means less when assessing effectiveness. The fact is, you didn't have to like Trump to admit he's doing a good job so far. Sure, the way Trump handled Tillerson, that lacked appeal. His approach to critics can make you wince. But the tax plan, the renewal of our military, the decimation of ISIS, that offers some optimism. You don't have to like the boss to admit the company is doing OK.

So for the Dems, it may be time to nominate an adult with an actual plan, not simply a call for hope and change or an undergraduate's reliance on identity politics. A wish is no course of action, which explains why most places you find a Democrat in charge, you find an unholy mess.