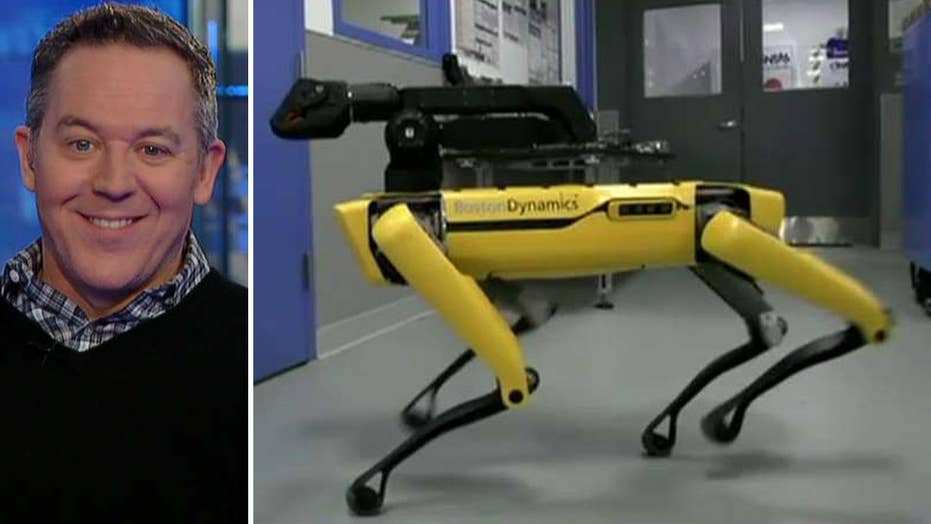 Video of Boston Dynamics' SpotMini quadruped robot opening a door for a robotic friend is impressive -- perhaps too impressive.

Truly, we have found America's dog.

Isn't that polite? That's a video of Boston Dynamics's SpotMini quadruped robot opening a door for a friend. It's adorable. Well, unless that other robot is female, then it's clearly sexist.

Anyway, this is impressive stuff. Perhaps too impressive? This technology, it can go two ways. First, as our non-conscious allies, robots can do good: rescue loved ones from hostages and earthquakes while also assisting the invalid. They can replace humans in other high-risk endeavors like war. They likely won't be traditional bots, though, but swarms of insect-like drones that can get into places that men can't.

But the second more disturbing path is of a non-conscious, goal-oriented creature with computation speeds beyond our comprehension. Once unleashed, we can't stop them. If their goal is simply to openly open a door, it may want to open all doors and may dispense with us to do so. It's nothing personal. You're just in their way. We become barnyard chickens, yhe metal gods our merciless farmers.

But I digress. I welcome our robot overlords. That fact is, robots and artificial intelligence can only be our allies, as long as we get there first before everyone else, because the country that reaches superiority in this arena rules and rules the planet forever. This is bigger than the A-bomb.

To be scared of progress is natural, but the only thing more frightening is living in the country that comes in second.