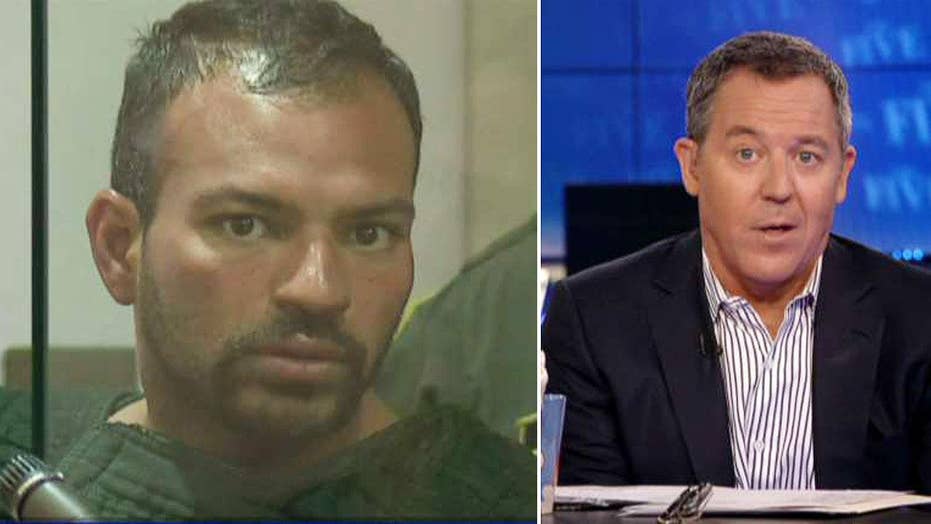 What are sanctuary cities sanctuaries for?

The Portland thug accused of sexually abusing two women -- one a 65-year-old -- had not just a history of arrests but was deported 20-plus times. But he was released by local authorities anyway.

Sergio Jose Martinez is in jail for robbery, kidnapping, burglary, sexual abuse. He committed his latest atrocities in as you know, a sanctuary city called Portland. Do you ever wonder how the victims feel about that label "sanctuary city"? Who is the sanctuary for?

It's an obvious but good question, because for many on the left it's always about language: give something a cozy title, you can get away with anything. A sanctuary city, it just sounds good like so many bad things do: daisy cutter, road apple, socialism. A sanctuary city allowed a repeat creep to assault two citizens. That's what I would call sanctuary rape.

It's important we call it that, for links and ideas to a consequence. If you can apply to the city, then why not apply to the crime that occurred in that city? Portland didn't do the rapes, it just gave the rapist the space to rape. You don't have a sanctuary. You don't have sanctuary rape. If Martinez had been deported permanently, maybe even on the 20th time, two women wouldn't have been attacked. But he returned and he sanctuary raped in a sanctuary city. All because that word sounds so good to so many people, except to those victims who got no sanctuary at all.