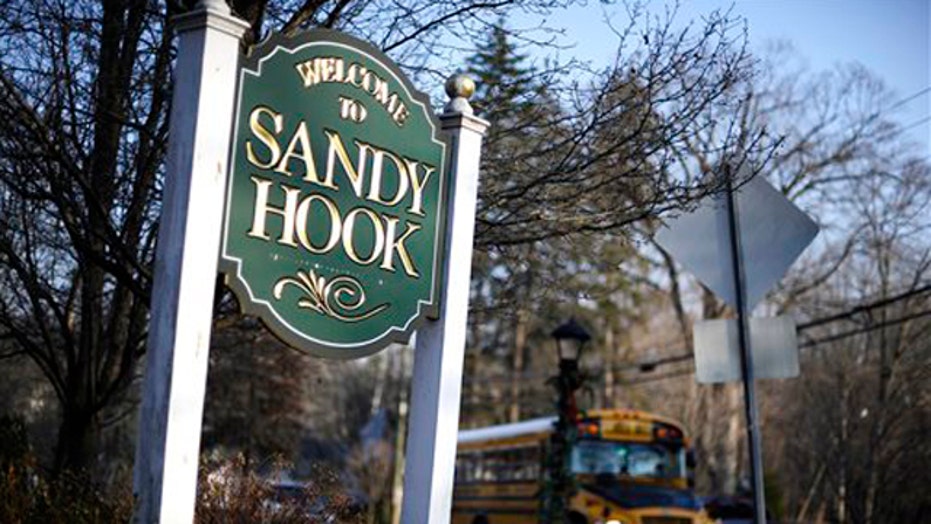 This is a rush transcript from "Hannity," December 10, 2013. This copy may not be in its final form and may be updated.

SEAN HANNITY, HOST: And welcome back to "Hannity." As the one-year anniversary of the Sandy Hook School shooting approaches, gun activists have put together the following TV ad to mark the solemn day, take a look.

UNIDENTIFIED WOMAN: On December 14th, we'll have a moment of silence for Newtown. But with 26 more school shootings since that day, ask yourself, is silence what America needs right now?

HANNITY: Now, while everyone in the country can agree something needs to be done to prevent future incidents like the one that occurred last year in Newtown, questions are being raised about whether or not these groups are using the horrific tragedy to push through their gun control agenda. Here to debate, from the American Values Institute, Alexis McGill Johnson and Breitbart.com columnist Lois Lane, Kerry Picket -- that is our fun name for her. Good to see you guys. All right. Is this politicizing tragedy?

KERRY PICKET, BREITBART NEWS COLUMNIST: Absolutely, and the interesting here is that because the liberals could not get their gun control bill through much earlier in the year, we've seen that people go from around January from 37 percent strongly supporting gun control to, you know, dropping way down to at least 10 more points, and only about 27 percent are pushing it. And frankly, you know, people want to be able to protect their own children and themselves, and further -- further gun control bills and further politicizing of an event, just frankly takes away from their argument.

HANNITY: Alexis, let's say God forbid, you have a child in school and you turn on the news and there you see one of these incidents is happening at your child's school, God forbid, and -- would you rather that there be an armed guard in that school at that moment? Or would you prefer nobody in the school besides the shooter have a gun?

ALEXIS MCGILL JOHNSON, AMERICAN VALUE INSTITUTE: I don't think this is about whether or not we have an armed guard --

HANNITY: No, no, no, I asked you a question.

JOHNSON: It is a much broader conversation.

HANNITY: Before we get to that, I'm asking, in that moment, if you knew your school had armed guards would you be glad or would you wish they were not there?

JOHNSON: Quite frankly with the kinds of military assault weapons that exist that people without --

HANNITY: You're not answering my question, you don't want to answer my question.

JOHNSON: Because the armed guard guy may not be able to even compete with somebody who has a high magazine capacity.

HANNITY: Maybe, maybe not. I would be glad --

If my kids in school had armed guards I would be glad to know that they were there in that moment if I was in the situation I'm describing for you.

JOHNSON: And what I would be grateful for, would be to have a much broader conversation in this country about how we can reduce the number of shootings altogether. And we haven't been able to do anything about it, Kerry, that is the challenge. Right?

HANNITY: Let me ask Kerry this question, if we had retired policemen that were on, at every school, retired military guys that are retired at every school, the front line of defense, if God forbid something happens, wouldn't that be a good way -- and if every criminal knew that every school had armed guards, I think the message is sent, that you know, what? We're not going to take this anymore. We're not going to have sitting ducks, these gun-free zones that prevent people from even thinking of defending themselves.

PICKET: You know what's so fascinating about this Sean? Is that just Democrats back in the '90s were fully in support of having armed guards or at least police, basically in the schools. What happened was, over the years, money was cut from that particular program. And so unfortunately, now, we see people saying, oh, an armed guard is not going to help. Well, actually why is it then that very rich people have armed guards around them.

HANNITY: Well, let me ask Alexis, let's say God forbid somebody breaks into your house at night, would you be glad you had a gun on the house or --

JOHNSON: No, I would not want a gun.

HANNITY: Well, then, how would you defend it --

HANNITY: OK, it's over by then, when they get there it is over.

JOHNSON: This is not about arming every American, this is about making sure that we have very responsible gun ownership.

JOHNSON: That every gun sold has a background check to deal with these mentally unstable folks.

JOHNSON: That is not true.

HANNITY: You're not going to be able to stop.

JOHNSON: There are gun shows where people can just purchase these firearms.

JOHNSON: We don't need these military grade weapons with high magazine capacity, that is what we're talking about, that's what the Newtown shooting was about.

HANNITY: You're missing the point.

HANNITY: Do you know how quickly I can drop a clip and put another clip in my gun? It is seconds.

PICKET: So, you see, here's the thing too. Military assault weapons are not what people actually think they are. We're talking about here -- that people up on Capitol Hill, they want to ban even semiautomatic weapons because those hold high capacity magazines. So then you're talking about things like a glock 19 pistol or (INAUDIBLE) pistol, you know, and when you see a pistol like that you're not thinking oh, wow, that is military grade. No, that is something that the Congress does want to ban. And that would be part of an assault weapons ban.

HANNITY: All right. We got to run. Listen --

JOHNSON: I agree, I think that is a great idea.

HANNITY: OK. Thank you. Finally, that will solve the problem.

JOHNSON: I think that's a great idea but I would like to -- even get these semi-assault out of the --

PICKET: People can protect themselves with firearms, that is the thing.

HANNITY: By the way, I would urge you to get trained in the use of a firearm to protect yourself and your family.

JOHNSON: I know how to shoot, I'm quite a good shot, frankly.