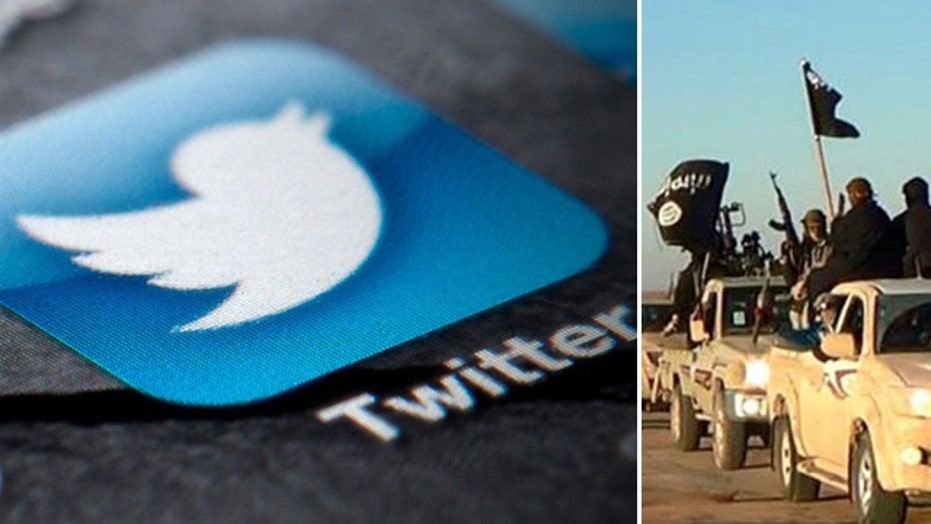 MONICA CROWLEY: We've all been piling on and mocking Marie Harf for that comment but she was just echoing what her boss believes because the next day President Obama said the exact same thing. This is what you get when you put leftists in charge of national security. You get this kind of indulgence of the victimhood cult. You get this transfer of responsibility that somehow it's our responsibility to remake the economy of the Middle East. Look, you are dealing with a global religious movement, the objective of which is the global domination of Islam. What the left wants to do, starting with the President, is apparently airlift access to Obamacare, subsidized housing and job fairs and think that somehow those things are going to make it all go away.

LISA BOOTHE: Look, Monica is absolutely right. Look, the only job that ISIS needs is digging their own graves. What we're dealing with is an administration and President that is dangerously incompetent when it comes to Islamic extremists. This is a president who said that climate change is more dangerous than terrorism. This is a president who called ISIS jayvee despite the fact they control more territory than the United Kingdom. This is a President who has pointed to Yemen as the beacon of his counter terrorism policies despite the fact that our U.S. Embassy staff just had to evacuate.

JUAN WILLIAMS: Marie Harf's comments had to do with getting to the root causes of what's attracting so many young people to get involved with these sadistic, murderous people who hide behind the name 'Islamic' and 'Jihad.' These folks are crazy. They have deep grievances. They have a sense of jealousy over Western progress. They have, of course, troubled economies that are ruled by these mullahs and the royal families that take care of themselves but don't take care of their own people. To me, you've got to get out of the whack-a-mole strategy. One minute you're fighting Al Qaeda, the next you're fighting ISIS, something else pops up. You've got to find out what is bringing all these people to such a bloody purpose.

JONATHAN HOENIG: It's idea, Juan, it's not poverty. Usama bin Laden and a lot of those 9/11 hijackers were educated. Usama Bin Laden was quite wealthy. The 9/11 hijackers had college degrees. So I think to that point, it's the ideas. They hate the secular, successful West, and the only way to counter force is with force.

JUAN WILLIAMS: I don't think they knew that that was the house of his parents. They thought that was Scott Walker, the governor's house and certainly they have a right to protest in front of the governor's mansion or home, and there's no law against it.

MONICA CROWLEY: This is what the left does and frankly they do it really well because they've been perfecting this for decades. They send out their shock troops, union folks, the kids; they did it with occupy Wall Street, did it against Scott Walker three times in the last four years and now they've started it again. Look, what they've ended up doing, much to their probably chagrin, is turning Scott Walker into a sympathetic figure. They've attacked his parents who were in their 70s and now Scott Walker comes out looking like a rose.

LISA BOOTHE: These are the same union thugs that threatened to gut Scott Walker's wife like a deer, and now they're attacking his elderly parents. He has been public enemy number one since his union reform bill, but guess who's winning. It's the taxpayers, and it's Scott Walker. Not only did he save taxpayers $3 billion but Scott Walker has been reelected three times in the past four years.

JONATHAN HOENIG: Eric, can you imagine if a CEO did this, went and protested outside a worker's parents' house, grandparents' house? The unions deal in brute Force, not persuasion, and a CEO would never do that because they do deal in persuasion. They try to persuade people to act in their interest, not intimidate them, physically intimidate them into coercing into what they think is right.

LISA BOOTHE: I think they should have a moral obligation to do so. Reports indicate that ISIS tweets out and uses 90,000 social media responses per day, and they're using social media to push videos of burning people alive, executing 21 Christians and murdering people on a daily basis. I think we should be doing everything we can to thwart this kind of propaganda from ISIS, and these social media companies should be active participants in doing that.

JONATHAN HOENIG: I don't think there's any First Amendment when it comes to declaring war and acts of war against the United States. Most of the online services have worked to exclude and get rid of this type of material, but the job to protect us from Islamic extremism is not Facebook's or Twitter's; it's government's job. In fact, it's government's only job. You don't win a war with hashtags and social media postings; you win it with brute force and by that measure government is failing spectacularly.

JUAN WILLIAMS: I think Twitter has been notoriously neglectful in not only going after people like ISIS, which use social media, Jonathan, to recruit people and it's a major, major platform for them to bring in their mad men who do these horrific acts. So we have to fight them on that front. You guys are always about more military, boots on the ground, more bombing. All you think is one strategy: more war. There are other ways to win in the modern world.

MONICA CROWLEY: Social media cuts both ways. Obviously we've been talking about how the about bad guys who use social media. Good guys use social media, too, like we saw them using Facebook and Twitter to get people out on the streets in Iran in 2009 for that revolt against the Iranian regime. The problem here is that they are so savvy and so good at it. Think about World War II, Hollywood, so many American companies took it as their patriotic responsibility to try to promote our values and try to win the propaganda war and go after hearts and minds. They did it really well, and now it's time for the tech people in the 21st century to get with the program.