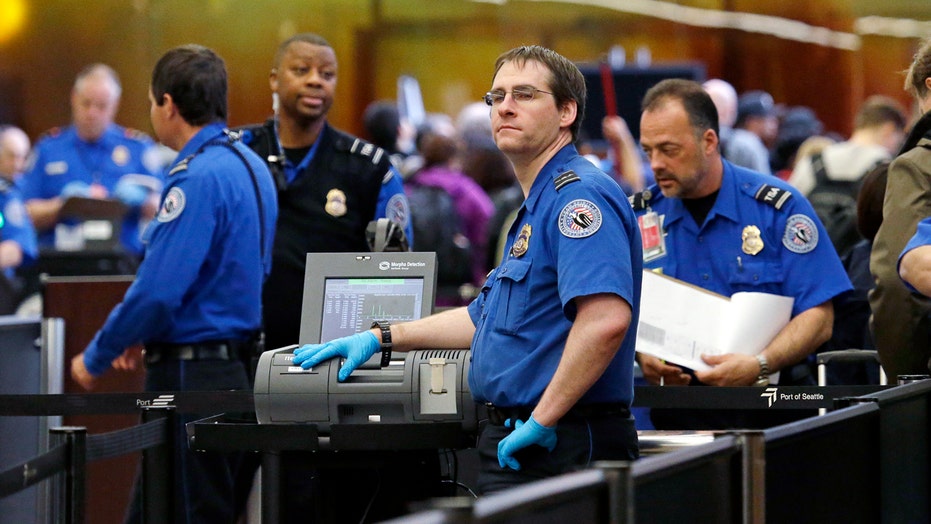 Greta: How about the TSA use their heads?

Greta’s ‘Off the Record’ comment to ‘On the Record’ viewers: The solution to the ridiculously long lines at airport security checkpoints does not have to be complicated

Let's all go "Off the Record." How about someone using his head? I'm talking about those who run the TSA.

It is bad enough the TSA 95 percent of the time flunk the mock explosives test. But what about those lines? Can't they figure that one out? There are long lines because there are choke points at security. Why the choke points? Because of all the bags people are carrying on board.

It's not that difficult to figure that one out. Duh, even the TSA administrator admits there are four times more bags in the last couple of years. Now passengers are carrying on board everything but their kitchen sink.

And why? Well, two reasons. If you check your bag, it's likely to get lost or end up in some other city or it takes forever for the airline to unload it. And the second reason is because the airlines, in their great wisdom, are charging extra money to check bags. So no one wants to check bags.

So think about it. What if, instead, the airlines give great service, got your bags to destination and quickly unloaded them to the baggage carousel and they didn't charge you to check the bag? But instead, they charge us $50 for any carry-on item beyond one.

People would stop bringing everything they own on board - and thus through security - and this would end the congestion at security and move a lot faster. So before TSA spends millions of dollars - your dollars - trying to come up with a complicated solution for those lines, why not do the obvious? At least try it for two weeks. See if I'm right.