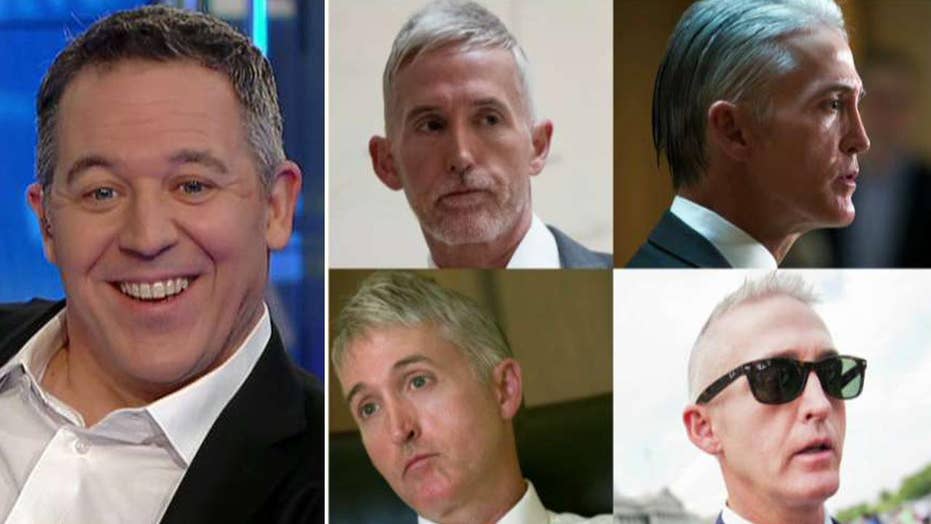 Greg Gutfeld on Trey Gowdy's exit and his hair

Trey Gowdy is leaving Congress, apparently to spend more time with his hair. I kid. I like the guy. But look at him over the years: He's got a Mohawk, goatee, sideburns, then a beard, the he adds glasses and gets rid of the beard. The guy has more looks than Lady Gaga.

REP. TREY GOWDY, R-S.C.: I was a pretty good prosecutor, I think, but I've been a lousy politician.

I see multiple sides of a single issue, and the fact that someone disagrees with me does not make me challenge their love of the country. It doesn't make me believe that they're corrupt. I've got a lot of friends on the other side of the aisle.

Now underneath that cowlick, he has a point. He's lamenting tribalism: the name calling, the smearing of intentions by mind-reading adversaries, all driven by team sport politics.

Take the memo controversy. It was the Super Bowl for political Poindexters. Everyone took sides even before reading the damn thing. Of course, no one in the media seemed to mind tribalism before, when only one side fought to win. For the left, the politics was always personal and deemed their opponents, the right, as evil. Now the right has learned from the left, and Republicans are now as feisty as the lefties of old, fueled by a president who may be the least ideological one I've ever seen.

The result: A fiery feedback loop where one side accuses the other of divisiveness, which leads to endless counter accusations of the same thing.

Yet, simply agreeing that we're all guilty of this might help solve the problem. Will that ever happen? Who knows? Divisiveness is easy and it's profitable, for it feels good to point a finger and label people.

And if you disagree with me, you're probably a racist, homophobic traitor.