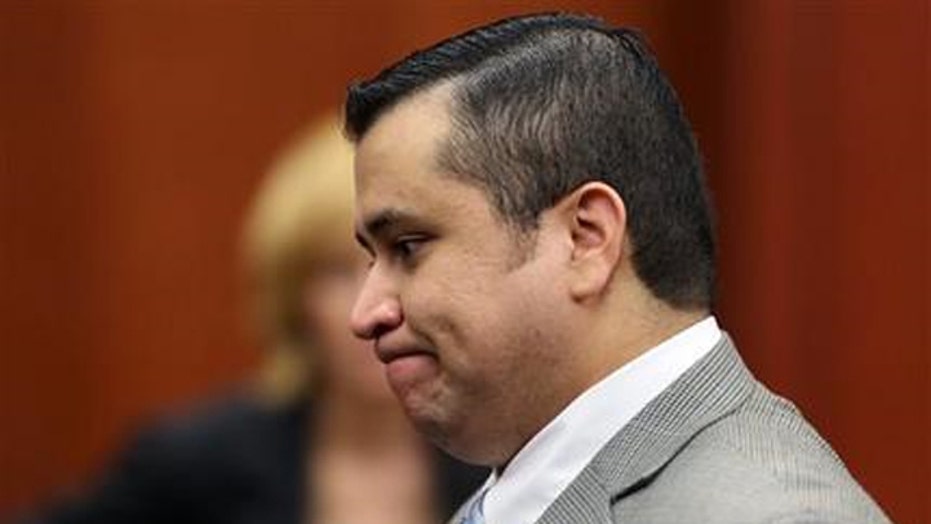 JONATHAN HOENIG: It's very frustrating. You see this, for example, in the Zimmerman case, the Occupy movement, the NATO protests. What you see is really pure nihilism. They're just interested in destruction, the total destruction of values. It's not like these protesters want to take over and make money, they just want to see the business owner lose that business. They don't want to succeed, they want to see other people fail. It's really just the hatred of the good-in this case profit-seeking businesses-for being the good. To call them protesters is far too generous; they're vandals. These are riots and they should be treated by the authorities as such.

BOB BECKEL: First of all, I missed your show two weeks ago and you pay me off by having to be on with Hoenig. No I love Jonathan. He's fine for a right-wing capitalist. I also agree that you shouldn't call these people protesters. There are very few people who did what your opening did here. Of course what you do is take a few isolated instances. Most of the demonstrations were peaceful and they have every right to protest. Forget about the verdict, that's over with. We're after Florida for their ridiculous-what do they call that law, that right-wing Neanderthal law? Stand Your Ground-that's what we're after.

WAYNE ROGERS: This is vandalism-that's all it is. They don't care. This is against the status quo. Any time there is some issue that they want to take and make a thing out of it's against the status quo. The status quo happened to be capitalism. We're a capitalist society-we're not a communist society, we're not a socialist society. We're a capitalist society, so they take it out on business. They see something as a structure that represents something they're against, so they go out and destroy it. It's crazy. And by the way, you know the thing about our system that's so wonderful is we always talk about the majority rules, but the majority rules with the consent of the minority. That's why we don't have revolutions all the time-because the minority consents. This minority doesn't consent. They want to go out and raise hell. People like Al Sharpton who is a total irresponsible bum-they don't pay any attention to the society and the tenants of society in a legal system. They'd rather have some moral issue that they can turn into a political thing for their own capitalist reasons.

JEHMU GREENE: A small number of criminals rob a store-that is not an attack on capitalism. But let's talk about the boycott in Florida. We have a rich history of boycotts in this country, from the Montgomery boycott, to the boycott against companies that were supporting South Africa during Apartheid. This is the fabric of our country and it has worked. So protesters, Stevie Wonder-they have a right to protest Florida. I'm not going to Disneyworld any time soon.

JONATHAN HOENIG: It's so new. This indiscriminate monitoring, this snooping on innocent Americans-it's so new to this country. In this country, unless you were committing or suspected to be committing a crime, government tended to leave you alone. Now snooping is the norm-going through your mail, your movements, and of course going through reporters' emails and the like. There's a stasi-style quality about that, that we're monitoring all these innocent people while making friends with the Muslim Brotherhood.

WAYNE ROGERS: Take Maryland for example. In a five month period they monitored 29 million license plates. Less than 1 percent of those-one in 500 was suspicious. Of that one in 500, 97 percent of those were technical. That is to say that somebody had violated a parking ticket or something like that. So they're amassing this enormous number of evidence to accuse people of something that they're not guilty of. It's just crazy and it's costing a lot of money.

BOB BECKEL: I agree with Wayne and Jonathan. I find this to be as un-American an activity as you can possibly do. There was a time when, as Wayne pointed out, they targeted people who were criminals. Now they're targeting all of us. Who the hell has the right to take my license plate, and for what? It's none of their damn business. And I don't trust the people who get it. Who gets it? I don't know where it goes. What do they use it for? Like Wayne pointed out in Maryland 10 percent or 5 percent of the people had some parking ticket violation. They stay out of my damn car, they stay out of-and TSA agents can go through the trunk of your car without a warrant. Do you know what this comes back to? That damn Patriot Act. We're going to pay a price for it.

JEHMU GREENE: It concerns me when Bob gets this outraged, but I don't have a problem with us using technology to keep us safer. Think about if there was an attack and we didn't employ this technology-all the complaints that would happen and the outrage. Or think about if your child is taken and there is an Amber Alert and this technology is able to help you. As long as there's checks and balances...

WAYNE ROGERS: It comes back to what Bob was talking about earlier. The intrusion, again, of somebody into your private life. We don't know anything about these navigators. In other words, they're not going to necessarily be investigated for their background or anything. They're going to have absolute access to your personal files. Just let me read something here-the report of health care fraud in 2012-the FBI reports that between 75 and 250 million. A Rand report supported that. In other words, health care fraud is going to be rampant. These guys have access to it. They're going to promote it. It's a bad shot.

JONATHAN HOENIG: They will be fraudulent, just like every government wealth transfer is full of fraud-20 percent plus full of fraud. It's not just in medicine; it's in housing, it's in student loans, it's in food subsidies, it's in TARP, it's in procurement. Every major government wealth transfer is chock full of fraud. Bob asked whose hands we should leave it in; ideally we should leave it in the hands of individuals because I'll tell you, individuals-and I'm including companies with that-they watch the bottom line. They have every incentive to stamp out fraud. When it's your government and you're getting tax dollars year after year, you have no incentive to cut fraud. In fact you have an incentive to spend more money because you know you'll get more even the year after that.

JEHMU GREENE: They could be felons, but guess what? They're churches, they're non-profits. This is what is so messed up about Washington-you have the lobbyists for the agents who don't want this competition going to Republicans and saying "please help us. Please stop this competition from affecting our businesses." When actually, the competition and transparency of the Affordable Healthcare Act is bringing health care costs down for Americans.

WAYNE ROGERS: (PCRX) UP 24 percent SINCE MAY 10! STILL HEADING HIGHER