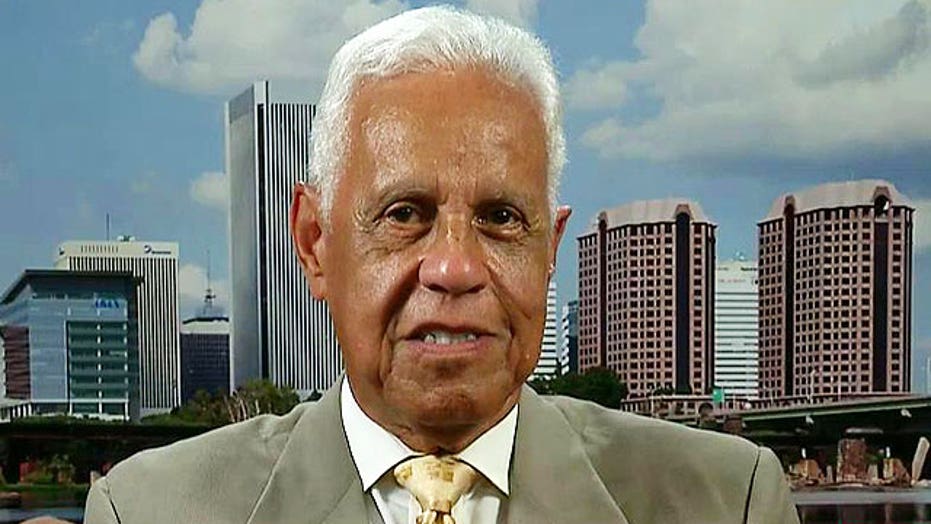 This is a rush transcript from "Your World," July 1, 2015. This copy may not be in its final form and may be updated.

NEIL CAVUTO, HOST: We were talking about those countries -- companies and -- I'm sorry -- countries, states, municipalities that are in duress.

Illinois, you know, started the fiscal year without a budget. We're already getting word right now that they're trying to sort of go on, you know, week by week here. The Illinois Senate just passing a one-month budget to fund essential services. The governor, the Republican governor, newly elected, is expected to reject that.

So, there have been a loggerheads between the Republican governor, the largely Democratic-controlled legislature. They submitted to him, he argues, a budget that was $4 billion in the red, and he said no. So here we stand at the beginning of the fiscal year with one of our largest states in fiscal chaos.

To the former Democratic Governor of Virginia Doug Wilder, who fears we are going to become Greece if Washington and our states don't settle this type of stuff.

CAVUTO: But, you know, Governor, it keeps happening. It keeps popping up.  What do you make of it?

I wrote a piece in Politico some three or four years ago projecting that if we didn't do something, that this would repeat itself in Greece. But more importantly, when you look at the people who are running for the president now, how few of them actually speak relative to money.

In the class that I teach at Virginia Commonwealth University, I stress that my one-word definition of politics is money. You can't name a subject matter that money doesn't touch. And so why don't these candidates speak about it? We have got a -- what I call a part-time representative body drawing double-time salary.

WILDER: Every moment should be spent relative to resolving the fiscal problems that this nation has, because it passes it to the states and the localities. And if we don't fix it, our grandchildren are going to have to fix it for themselves because we wouldn't have done it for them.

CAVUTO: It might be too little too late for them, Governor.

CAVUTO: But that depends if you like your grandchildren, I guess.

CAVUTO: But, Governor, the one thing I notice -- I don't know if it's included in your course, but I think always basic math is a good primer for people, like money in, money out.

CAVUTO: And I think the reality that's hitting the Greeks right now, as it is the Italians, as it vulnerable European states, what is going on in Chicago right now, what is going on in Illinois, is the sense that, you know, money comes in, a lot more money goes out. It's happened under both parties and it's blowing up in our faces as we speak.

Now, I know a number of states, including Virginia, have these balanced budget, you know, calls that every year you have to balance the budget.  But we hear from Paul Volcker and others that say even that, they find ways to skip and kick the can down the road and avoid the hard choices. This is going to be a problem, is it not?

And unless we talk about it, unless you talk about it more on your show, as you do, unless the people you bring on, particularly these candidates, what are you going to do? Are we going to make America strong? How? Look at the dollar, as you pointed out, simple arithmetic, simple math. Whatever you look at, understand that you can't keep taking out unless you put something in to expect anything to be left.

CAVUTO: But they do speak in the broadest terms, Governor, right?

CAVUTO: I mean, they will say we have to get our entitlements under control, yet when Chris Christie -- it doesn't matter what people think of him -- says, all right, we have to raise the retirement age or we have to means-test this and all, then they start really offering specifics -- then they're really ripped apart.

Now, I'm not saying he's the answer, but we realized this with, you know, Congressman Paul Ryan when he wanted to shave the growth in Medicare, he was pushing granny off a cliff, this is how we kind of treat those who dare step on third rails. What does that mean?

WILDER: Well, I think that there needs to be a conversation relative to prioritizing your spending and discuss it with the American people to the extent of saying, these are things we have to have.

So, start with the bound to have. What is it that we cannot live without and then work down, rather than to say we will give a little bit to all.  Until you do that, you're never going to get to the base or to the bottom to actually explain what we are asking the American people to spend the tax dollars on.

WILDER: You have to do something about it. But what are you going to do about it?

CAVUTO: I hear you.

WILDER: Continue to talk? No. Take vacations, campaigning, and reelect them? To do what? Represent the people.

CAVUTO: Yes. I don't know. I think you're hitting a nerve here. Of course, you are a little more pragmatic than my Italian dad used to be, Governor.

CAVUTO: He said, Neil, whatever you want, the answer is no. He sort of -- he cut the debate right off.

WILDER: Exactly. I don't have it.

CAVUTO: But, real quickly, while I have got you, Governor, Hillary Clinton and this stumbling start, a lot made of her e-mails that are out there, you know, we're getting to the bottom of something, but she generally avoids the press. She generally wants to wait this out. What do you make of that strategy, period?

WILDER: Neil, the real test as it relates to the American people, they want to see leadership.

And I'm writing a book. My book will be coming out on October the 1st, and I will be on your show. We will be talking about it before then. And it's addressing what leaders do, what leadership requires.

CAVUTO: Good for you.

WILDER: It's not a question of waiting to see if you should lead.  Leadership is a tautology. It defines itself. Get out there and show the public that you're there.

CAVUTO: Good for you. Do you use big words like that? Because then I might think twice about reading it.

WILDER: I watch your show.

CAVUTO: Well, I very much look forward to that book and talking to you about it, as I do just having you on, period.

WILDER: Thank you. Always good to be with you. Thank you, Neil.

CAVUTO: I'm telling you, an icon of American history here. He hates when I say that, but he is that.

WILDER: Thank you, as always. Good to be with you.