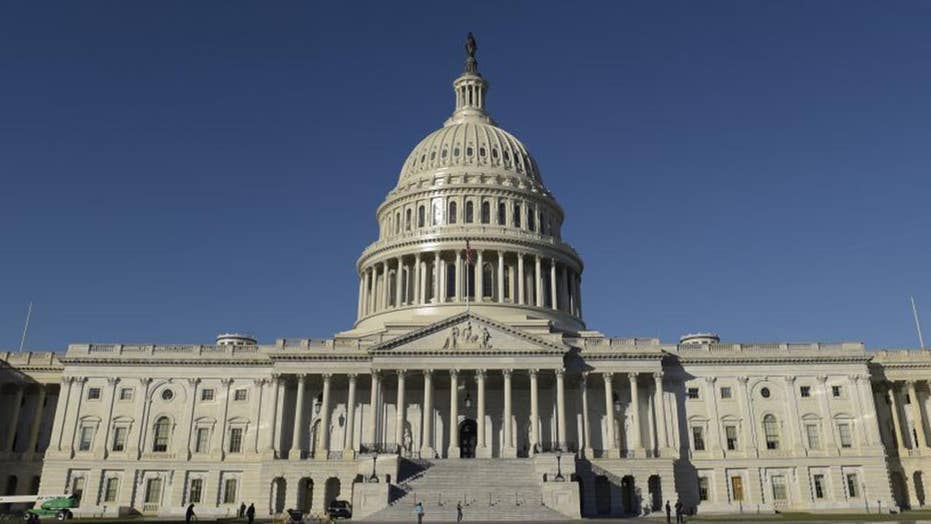 President Trump says tax reform will benefit all American families, but democrats argue it's a big giveaway to the wealthy.

Gerri Willis: This is not a giveaway to the rich and let me explain why: they are doubling the standard deduction and the family tax credit. The people getting killed here are fairly well-off in those blue states, high middle income people out there getting their deductions reduced. This will hit them big time. Democrats are talking one scenario, what they should be talking about is the big benefit corporations are going to get- hopefully that turns to the economy and we will see great growth because of this tax plan.

Gary Kaltbaum: I want permanency for everybody. The people that drive small businesses drive the economy, that has been going on for decades. The rich are going to get some things but the rich are going to lose some things, people in high tax states are going to pay higher taxes, and people in lower and middle income class are getting a tax cut. I would like to see more on the personal side but I am not running the show.

Scott Martin: When you look at capital and taxpayer money, where is it best treated in the hands of? In the businesses, the individuals. It's kind of a give and take take across the brackets but especially on the high end because some of the pass-throughs- who are typically wealthy people are losing a lot of favorable tax treatment and that is not getting talked about. The SALT deductions is certainly one that is coming into play here, it does typically heard the wealthy, a benefit to the middle class and lower income classes but nobody wants to talk about it because that is not a popular thing to say in Congress.

David Mercer: We were told by this administration this tax cut would pay for itself. That was misleading, the idea they want to call this a middle-class tax cut when as we've already heard they are making permanent the tax cuts to corporations, while the middle-class will only temporary. In the latter part of the term of this tax-cut you will see your taxes increase rather than decrease but corporations will have their permanent tax cut that will supposedly trickle down to you in wages which we all know to be a falsehood.

Scott Martin: Everybody has got to spend more on security. This starts in Silicon Valley with tech companies keeping an eye on what is going on message boards. Also you and me on the street. One thing that is tough these days but is getting better is the idea of profiling. It is not worth fear and death out there to keep quiet for fear of profiling. Trying to keep an eye on what is going on around you and reporting it if it is questionable, these are preventative measures we can all take.

David Mercer: We should be on the lookout for security 24/7 and I would recommend as a solution that rather than creating an environment of distrust or hostility, we need to upgrade, revamp and have them totally vigilant in that 24/7 mode in order to couple with what we hear in the streets in thwarting these attacks. One thing I would caution, terrorists want to instill fear and inflict harm. Are we going to live in fear to protect the latter? That is a big question for all of us in the future.

Gerri Willis: Our political elected officials need a new tone particularly in New York. Andrew Cuomo came out and said 'it's New York, we're a target' and he shrugged his shoulders. No. We have to be vigilant, we have to be watching. I give kudos to law enforcement here but they need help, they need money, we need more people on the street. Nothing is so dissuading to terrorists than to see cops with guns on the street, at movie theaters, here on Broadway. We need that kind of help and surveillance. They work so hard for so long it must be exhausting. Law enforcement need more help.

Gary Kaltbaum: They do a magnificent job. I was in New York City and spoke to a lot of officers, they are working their tails off. It is a testament to them that most people are caught. It is very tough to stop a guy in his house and off the internet. At Disneyworld they have metal detectors now, and everywhere you go in New York it will continue. The cost of not doing enough is bigger the cost of not doing. More money, I don't know but better technology, more than likely.

Gerri Willis: It's not just kids in school or just out of school, it's the whole family multi-generations. We are already bailing them out. Billions of federal dollars being used to bail folks out on forgiveness programs. What the system needs is discipline. These schools can't keep upping tuition to the sky.

Scott Martin: If you look at the correlation of college costs it's out of control the fact that college costs are crazy and colleges have to be responsible. Look at all these graduates still living with mom and dad, not getting jobs, colleges have to be responsible for helping these kids get jobs because that's what is going to help us prosper and pay these loans back.

David Mercer: We're looking at $1.4 trillion debt load, we can watch the bubble burst and then we will need a bailout. But there are policies and solutions available to us, large percentage of that $1.4 Trillion, the bogus loans for profit colleges that should not be paid on, and you need forgiveness on those loans to lower the debt load.

Gary Kaltbaum: There are people in Washington saying the loans should be forgiving and things should be free going forward. When people are hearing this, they don't pay on their loans and it grows bigger and bigger and that is how we get in this place.

Scott Martin: Cash in on popularity of electronic payments with Paypal; (PYPL) up 20 percent in 2018