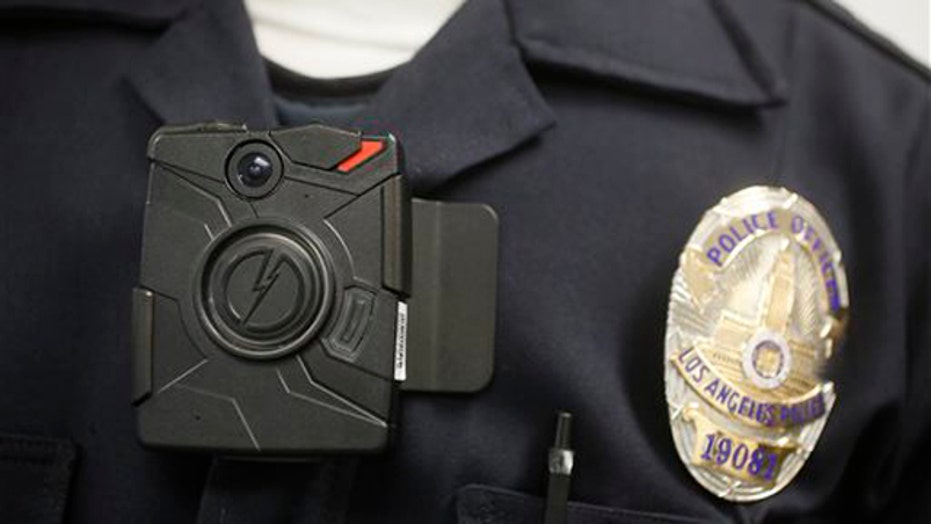 MICHELLE FIELDS: Well the president is doing what he does best which is taking hard earned tax payer dollars and throwing it at the problem. Body cams sound good in theory but they don't always work. Just like in the case with Garner. We have footage, that didn't change the fate.

JONATHAN HOENIG: Well local policing decisions should be made on a local level. Sometimes a story, even a horrific story, is just a story it's not a trend that necessitates this huge national response. There is no epidemic of police violence in America.

BASIL SMIKLE: I'll address one point in particular. We don't know if there's an epidemic of violence of police officers against citizens because frankly no one in the country actually keeps a record on that. That's one problem. I don't have a problem with body cams, but I don't know how much it's going to change the outcome, we saw that with Eric Garner.

FERGUSON PROTESTORS COULD WIN TIME'S "PERSON OF THE YEAR" POLL

JONATHAN HOENIG: Even if the protestors don't make persevere, Time published an article defending rioting as a tool as social justice. And today a protest means anarchy.

WAYNE ROGERS: You can't make the man of the year in other words the criteria for this is who has influenced the news the most. So I think the media is probably at fault here. I mean you can make Al Sharpton the man of the year for god sake because he's influenced the news, but that's not beneficial to anybody. I think they do us a disservice by saying this.

BASIL SMIKLE: Protestors and looters are not the same thing. I like the fact that they're going to focus on protestors. It is multi-generational, multi ethnic, and for the most part were talking about real issues that we can actually work on today.

MICHELLE FIELDS: This is why no one reads Time magazine except when they're in the dentist office waiting for their appointment. These people are not protestors okay, they're criminals. They burn down businesses. I don't think if you talk to these business owners they would say that these people should be Time's person of the year.

JONATHAN HOENIG: Americans are already paying when you include state and local taxes on average, almost 50 cents a gallon at the pump. And unfortunately I think the Republicans are going to go for this whole infrastructure spending malarkey because its make more jobs to try to create jobs.

WAYNE ROGERS: It's a question of do you need it or don't you and we do have a history in this country. In fact the first roads in this country were toll roads. So you can go back and levy a toll just as easy as gasoline tax.