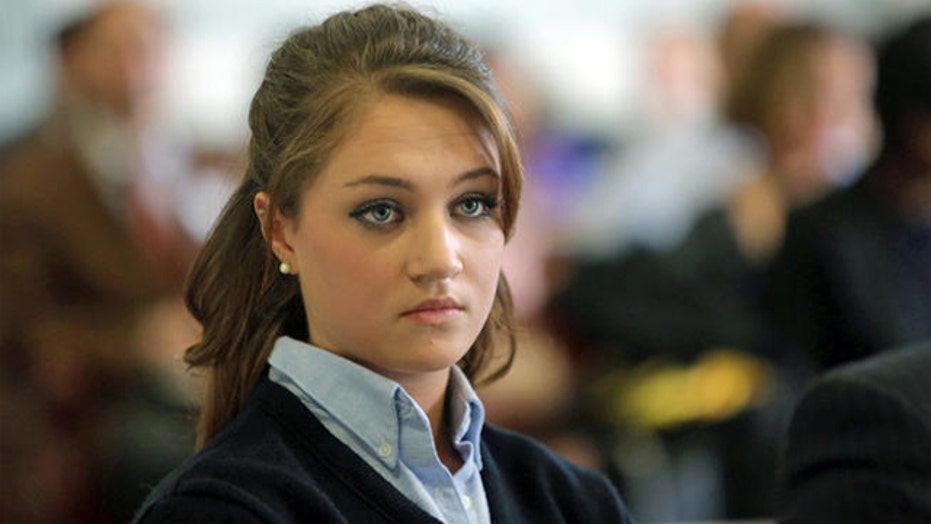 Ask what your country can do for you?

MICHELLE FIELDS: I think the government contributes to this entitlement mentality we have in America. We no longer live in a free society. Instead we live in a society where everyone expects everything to be free. You don't have to work hard anymore because all you have to do is go to the government's little treasure chest and pick out whatever it is that you want for free, paid for by taxpayers. The President is the one who wants everyone in America to live the "Life of Julia", so it's not surprising that there are a lot of people living the "Life of Julia".

KIMBERLY GUILFOYLE: He (my son) has got to be a maker. He's got to follow after the footsteps of his mother. The example has to be at home, but you also can't have a government that's contradicting the lessons that you're trying to teach your family, your children, and that's the important message here that we need to get out because this is a complete paradigm shift in terms of the government, the economy, the whole American dream. Right now what we see is an administration that really just seems to want to stifle the entrepreneurial spirit, and you see that across the board with this administration, whether it's too many regulations and taxes on businesses-too many handouts, so there's no motivation to try to do better and do more for yourself

EBONI K WILLIAMS: As a millennial myself, I think that our attitudes and presumptions about entitlement are getting a bit awry. Look no further than the example you cited of the New Jersey teen suing her parents. But here's the thing-I agree with Kimberly that these programs are designed to be transitional for people that are in need to get to the next step of the American dream have to be incentive-based. That's where I do agree the administration needs to focus more on actually more regulation of these programs. Don't be afraid to put hoops attached to these programs. People that really need them will absolutely jump through them, and people that aren't willing to make those efforts probably don't need them as much.

WAYNE ROGERS: I'm very disappointed. I went up to Washington, I wanted a yacht, they didn't give it to me. I asked for an airplane, they didn't give it to me. I mean it's outrageous, they won't give me anything anymore. It's interesting, she raises a point. When they talk about regulation, regulation, regulation-- that's all wrong. Competition is the natural regulator in our society. When you have a free market, competition is what--- if I have ten people selling a product, the product is going to get better and the price is going to go down. If I have one or two people it's a monopoly. Competition is what you need to regulate competition.

KIMBERLY GUILFOYLE: This is just perfect to happen to Harry Reid in his own state, coming back to bite him. I mean he's so delusional. If you listen to him speak this guy is so crazy, and you say "do you think he might be a little senile" and they're like "no, no, no he knows exactly what he's doing." But now how is he going to deal with this, because they needed the unions to try to push through the ObamaCare even though they're giving them a little bit of a break. What, $63 bucks off? Doesn't matter. They're stills angry, they're still going to bite the hand that's feeding them. Nothing is going to be good enough, and they deserve it.

WAYNE ROGERS: Unfortunately, the President is going to try to mitigate this in some fashion, they're going to give them a $63 break. That's not enough, though. If that plan goes through, and they have to join ObamaCare and they have to get rid of their existing plan-the existing plan is a very generous, very good plan, there will be a strike.

EBONI K WILLIAMS: I think they're biting the hand that feeds them. Honestly, I don't really know why they're acting this way. Look, they're self-interested by definition. That's the whole point of union power; they're for collective bargaining. I say go to the table and negotiate. Some unions in Nevada are being successful of that, and they are getting to come away with free healthcare as they have before. So don't be lazy, go to the bargaining table and negotiate your terms. They'd probably find some success there.

MICHELLE FIELDS: Eric do you want to know how much sympathy I have for these unions? Zero, zip, nada, nothing! These were the people who got Obama elected. These were the people who got ObamaCare passed. I'm sorry, if there's anyone in America that should be punished with ObamaCare, it's these guys; they should be, they're the ones who are making Americans suffer for all of this, because they're the ones who threw the money and support for it.

WAYNE ROGERS: I don't think they understand the balance of power. The peace of the world was maintained from 1812 to 1914 by men who understood that, and all the diplomats around the world-the idea of creating this particular situation that Putin has created, and not understanding it, and no understanding how to deal with it is just stupid.

MICHELLE FIELDS: This is a growing trend. Every time a conservative comes out and talks about a growing problem, the media mocks; they make fun of it. They did with Russia and now Obama was blindsided by Putin, and a number of issues. They did this with Benghazi, with the IRS scandal. When Tea Party folks were talking about being targeted the media ignored them. They ignored us with ObamaCare, the economy. This has real consequences for the American people.

EBONI K WILLIAMS: He's not going to apologize, Eric. But I will say certainly the President was short-sighted on this. But where is 2008 John McCain to say this is absolutely not the time for any kind of partisan back and forth? Look, I think we all know that good ideas are not exclusive to democrats or republicans. But shouldn't we all be united against Russia and Putin on this, and not ripping each other apart along partisan lines? That's just confusing to me.

KIMBERLY GUILFOYLE: I think it's important to look at the history here, and look who was prepared to lead and had a good sense of the balance of power and of the influence America should have, and that we should be respected. Instead now we have a President who's completely confused about foreign policy, has weakened our position internationally. Putin certainly doesn't respect him. Red line? Please, he's going to cross whatever line he wants, unfortunately.