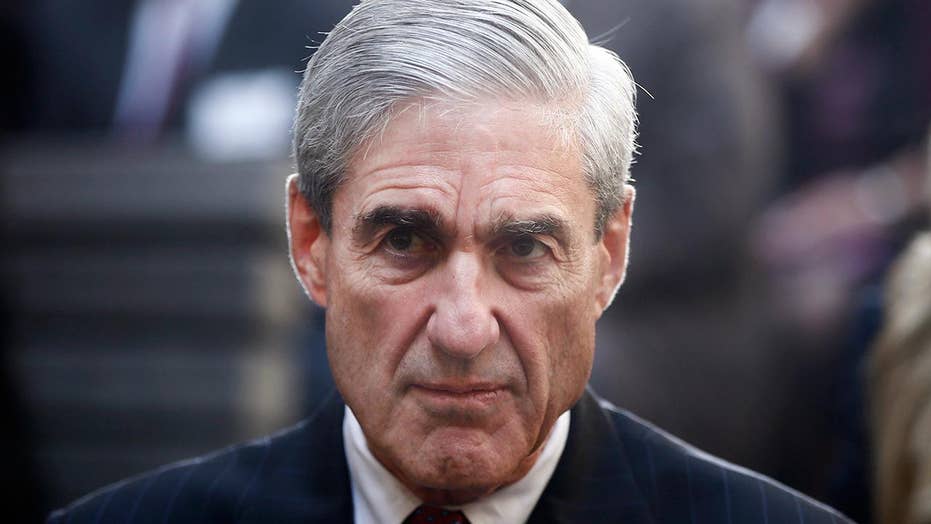 Are special counsel probes a waste of taxpayer money?

Steve Forbes: This is one of the greatest scandals in American history where the leaders of the FBI, various intelligence agencies, the head of the Department of Justice all work to destroy the presidential campaign of a major candidate. This is a gross abuse of power and that is the real scandal, the money is the least of it.

Bruce Japsen: What is missed in all this in these congressional hearings, these people are no longer there. The special counsel is a by the book Republican, the deputy attorney general Rosenstein is a Republican who said this is a fair investigation and we have guilty pleas and indictments since this time. I don't see this.

Mike Ozanian: I disagree with my boss, Steve Forbes and say money is an issue. You shouldn't have a special counsel unless the bill is going to be $1 billion, so that they wouldn't start these things unless they really had a case. There never was a crime. Normally you don't have a special counsel unless there is a crime and you pursue it to see what happen. Here it was- “we're just going to go digging.” This is a sham the beginning.

Rich Karlgaard: One of the hardest things to get right in a democracy is the level of policing and that applies directly to the FBI. You don't want a weak FBI incapable of doing anything and you don't want one overly strong particularly when its biased the way this FBI appears to be biased and this applies specifically to Donald Trump. Donald Trump is going to have a greater moral basis for issuing a blanket of pardons if there are a lot of indictments.

John Tamny: This is much worse than a waste of taxpayer dollars, this is an embarrassment, the most admired country in the world is spending money chasing the notion the Russians somehow influenced our nation's elections, they wanted to influence it to get trump in office when everyone knew Trump wasn't going to win in the first place. Let's stop this, Trump should pardon everyone and let's move on from what's ridiculous.

Elizabeth MacDonald: The FBI rank-and-file don't want to be seen as a federal police force doing the bidding of politicians to knock out other presidential candidates and acting as judge and jury exonerating others. We've got to point out that the Peter Strzok fellow is alleged to have helped exonerate Hillary Clinton and watered down the language in Jim Comey's statement. The FBI thought it was reasonably likely that she was hacked by foreign states, it became possible. It had to be known the FBI was worried when she stepped into office private email server had no security at a time when she was traveling to China, Egypt and Turkey. They really feared foreign state hacking and they still fear it today.

Steve Forbes: Mainstream media is out of control, they've never been so negative as this even during the Richard Nixon era and Sarah Sanders showed great restraint, she should have thrown one of her homemade pies that these reporters but that would have been a waste of a good pie.

Bruce Japsen: First of all with this poll, who still watches broadcast TV? Trump goes on social media with Twitter. He has more followers than they have viewers, I am just not buying this. The poll asks about pro-trump statements. Look at the last week, he endorsed an accused pedophile, he attacked a U.S. senator saying she would do anything for campaign contribution, those are facts.

Elizabeth MacDonald: I agree with Bruce, the tweets, the president gets in trouble with them. The press has to act like disinterested parties and look at the facts and I feel too often they are getting emotional with the stories like at MSNBC they all stand together in the same 'amen' corner agreeing with each other- that blinds themselves to the facts. David you were at the WSJ and everybody here at Forbes- we are trained if you get emotionally involved in a story you are taken off that story because you will make errors and not see the facts.

Rich Karlgaard: No question the media is unprecedentedly hostile to this administration but I wonder if it is causing Trump that much damage. His base is rock solid, and he's getting stuff done. He set a record for first-year presidents in federal appeal judge appointments, rolled back regulation. The economy is booming.

Bill Baldwin: The media are a little bit biased. I think 89 percent of what Trump does is either abusive or foolhardy so if 91 percent of the stories are negative, the media have a 2 percent bias.

John Tamny: Media bias is a redundancy, of course there is bias but in fairness- does anyone think conservative media would be really great to Trump if his personal rhetoric and policy was coming from a Democrat?

Mike Ozanian: We should be ecstatic that we're getting rid of government regulations on the internet and turning it into a utility, this will bring innovation back, consumer choice back, this is exactly what was needed.

Bruce Japsen: I would say these rules could prevent, this is what smaller players are saying, something special from being created if indeed the creativity of some of these entrepreneurs is stifled by this if you are giving big companies more power and big companies can start charging for some of these things.

John Tamny: I will save Jimmy Kimmel's quote and other quotes from witless lefties for the rest of my life so I can point out to them on a yearly basis how ridiculous their arguments are. This is about private property but beyond this capitalism is all about turning something the few enjoy into something we all enjoy. Then why would the internet be different?

Rich Karlgaard: AT&T and Verizon and Comcast have invested and should be able to charge what they want. If Google and Amazon and others complained they are far richer than these carriers, they can build their own pipes.

Steve Forbes: Free markets aren't allowed to operate, always turn scarcity into abundance. This whole debate boils down to one question: should you pay more for two pizza pies instead of one?

Bill Baldwin: There's nothing innovative about $100 a month for slow internet in a rural area. We should be regulating monopolistic cable, only where it's a monopoly.