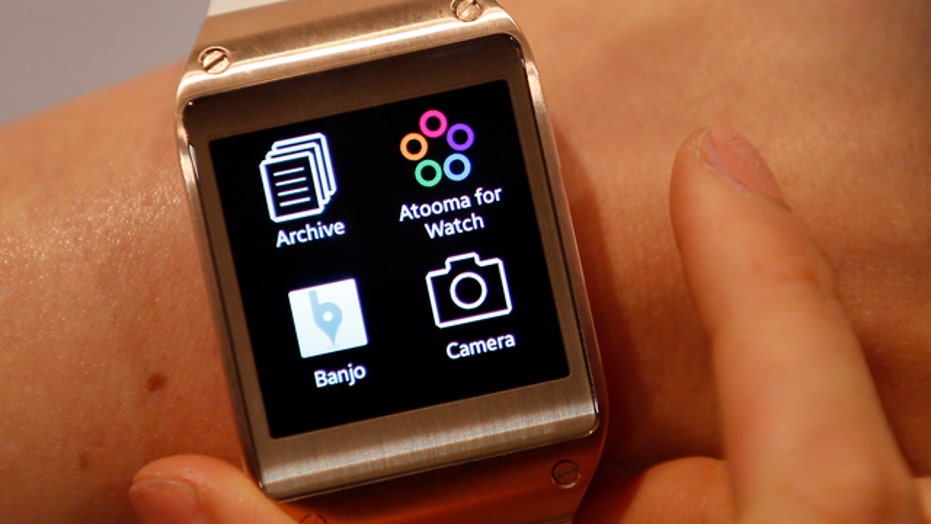 Samsung's Galaxy Gear is not the next big thing but rather the next small thing -- a smartwatch designed to connect to your smartphone and beam you bite-sized bits of information.

Would Dick Tracy have approved?

Unveiled at Germany’s IFA consumer electronics event and a joint event that took over New York City’s Times Square, Samsung's Galaxy Gear is not the next big thing but rather the next small thing -- a smartwatch designed to connect to your smartphone and beam you bite-sized bits of information.

You can place a call with the Gear, as the cartoon detective could with his watch, and send text messages and browse the web and more. Indeed, this smartwatch is a piece of high tech wizardry the hawk-nosed Tracy would certainly have liked.

The Gear is the first in what promises to be a tidal wave of smartwatches, with Sony showing off the SmartWatch 2 at the IFA show as well, and tech giants like Sharp and Google and Microsoft and Apple likely to unveil their own wrist gear shortly. Because Samsung's model shows what to expect from the others, all eyes in the tech world we closely watching the event.

Indeed, it's likely the first watch ever to receive such scrutiny.

Essentially a Fig Newton strapped to the wrist, the Galaxy Gear is powered by Android 4.3 with a custom interface. It lacks the curved screen many had hoped for, but appears to be a scaled down version of the smartwatches unveiled in the past.

Samsung says the Gear can act as an extension to a smartphone by discreetly alerting users to incoming messages and calls on its display screen, which measures 1.63 inches diagonally. Users can even make calls, secret agent-style without getting out their phone.

It sports a 1.9-megapixel camera on the band that can take stills and 10-second videos at 720p -- but it's not really set up for face to face video calls, as in "Inspector Gadget." Sorry, Penny. The current iteration has an 800-MHz processor with 512MB of RAM and comes with 4GB of storage.

A few clear issues stood out at the event, however. Notably, software that powers certain features of the watch is compatible only with Samsung's newly announced Note 3 tablet. And the price remains to be seen too -- will it cost an arm and a leg or just a few fingers? The Gear will come in several colors, including orange like the one Shin showed off at the event. It will also work with popular social media and fitness apps such as Twitter and RunKeeper and has built-in functionality including S Voice and Find my Device.

The Galaxy Gear will be available Sept. 25 worldwide, Shin said. But are consumers ready? Or even interested?

For well over a decade, the high tech industry has been fascinated with Dick Tracy-style smartwatches. Fossil released a series running the PalmOS beginning in 1999. Microsoft announced SPOT watches in 2004 that would download data over unused radio bandwidth.

While these devices drew attention and made headlines, none garnered record sales.

The difference this time around is design; advances in materials and miniaturization means companies like Samsung can finally fit a useful screen into a watch, and today’s wireless technologies can link phones and watches far more effectively than first-generation Bluetooth could.