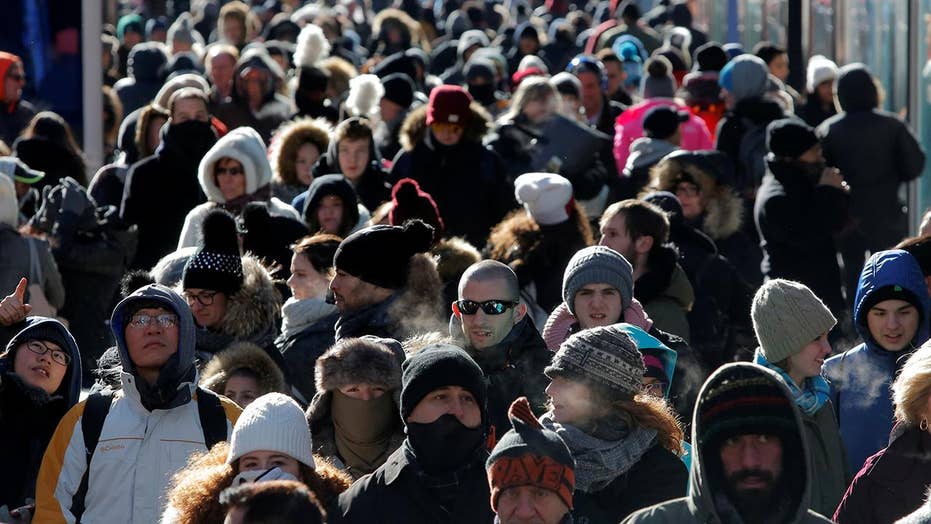 Critics object to police use of facial recognition system

Amazon has been selling a facial-recognition system to police, sparking fears that the technology will one day power mass surveillance.

On Tuesday, the American Civil Liberties Union and 35 other advocacy group sent a letter to the company's CEO Jeff Bezos, demanding that he stop providing the technology to law enforcement.

The technology, called Amazon Rekognition, can identify people's faces in digital images and video. Police in Oregon and Florida have been using the system to help them solve crimes, but the ACLU argues that it's ripe for abuse.

"With Rekognition, a government can now build a system to automate the identification and tracking of anyone," the ACLU said in a blog post.

The organization is worried the technology will be incorporated into police body cameras and surveillance feeds to track protestors, immigrants, or anyone a city wishes to monitor. "People should be free to walk down the street without being watched by the government," the ACLU said.

Amazon didn't immediately respond to a request for comment.

The concerns highlight the growing debate over facial-recognition systems and their potential role in crime-fighting. Will the technology do more harm than good?

Amazon has focused on the positives, marketing the technology in Florida and Oregon as a "public safety" tool. It's helped law enforcement, for example, identify criminal suspects from security camera footage by comparing a suspect's face with available mugshots. Police in Oregon say the technology allows officers to identify suspects in minutes as opposed to two or three days.

In one case, the system identified a shoplifter who was captured in a photo walking out of a hardware store. In another incident, Oregon police identified a man who used a stolen credit card, despite the low-resolution image of the suspect.

However, the ACLU is worried the same technology could facilitate a creepy surveillance state. For example, Rekognition can detect and index up to 100 faces in a single image, a feature that Amazon openly touts.

"With this improvement, you can accurately capture demographics and analyze sentiments for all faces in group photos, crowded events, and public places such as airports and department stores," according to marketing materials.

Last month, an Amazon executive said the system was also being used in Orlando, Florida, to match faces captured by street surveillance cameras to photos uploaded in a database to keep tabs on high-profile individuals, like the mayor, or identify persons of interests.

However, the technology is far from flawless. Through an open records request, the ACLU obtained documents showing that in Oregon, the system made errors when trying to recognize criminal suspects. For instance, it linked an image of OJ Simpson to a photo of a white man with a mustache, claiming a 93 percent match.

Nevertheless, the documents show that Amazon is pushing the system's use in law enforcement. The company has been encouraging police in Oregon to speak with other government customers, including one that manufactures body cameras.

The Amazon technology also appears to be pretty inexpensive. In Oregon, it cost police about $400 to build a facial-recognition system that indexed 300,000 mugshots of former convicts.

"If Rekognition is not reined in, its use is also certain to spread," the ACLU said.