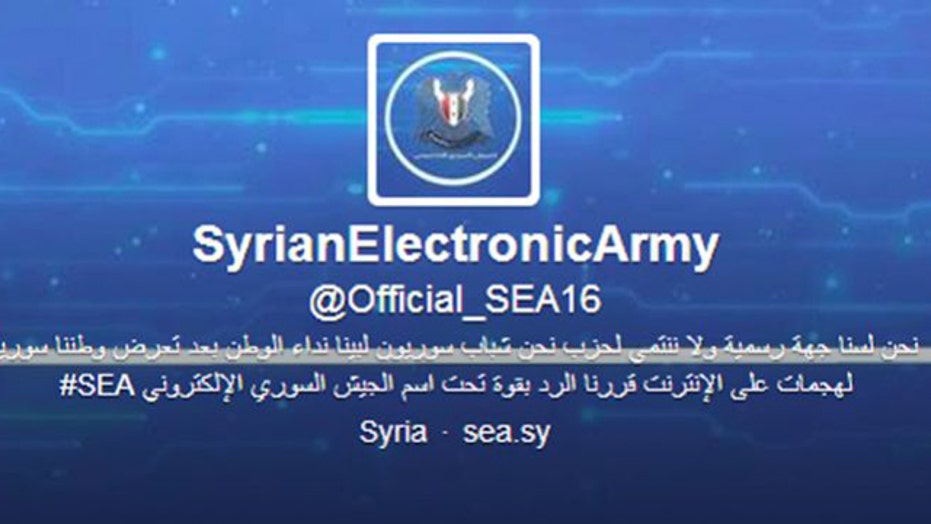 The group is composed of multiple computer hackers who support the Syrian President Bashar al-Assad. Little is known about the identity of the hackers behind the SEA, however, although members have been interviewed by the media anonymously.

The SEA website launched in May 2011 stating the group's mission: to attack the enemies of the Syrian government, mainly those who "fabricated" stories about the Syrian civil war. They also wrote that they were not officially affiliated with the government but were a group of Syrian youths.

This is not the first time the hacker group has targeted media outlets' websites and social media accounts. In April of 2013, the SEA successfully hacked the Associated Press' Twitter page, sending out a message that there had been two explosions at the White House and that President Obama was injured, creating panic across the United States.

In addition to the Associated Press hacking, the SEA has taken credit for a series of Web attacks on media targets that it sees as sympathetic to Syria's rebels, including prior attacks at the New York Times, along with the Washington Post, Agence France-Press, 60 Minutes, CBS News, National Public Radio, Al-Jazeera English and the BBC.

Michael Fey, a chief technology officer at Santa Clara, California-based cybersecurity firm McAfee, said that as long as media organizations play a critical role as influencers and critics, they will continue to be targets of cyberattacks.

"Regardless of technology or tactics deployed, we should expect to see more of these attacks," he said.

The most recent cyberattacks come at a time when the Obama administration is trying to bolster its case for possible military action against Syria, where the administration says President Bashar Assad's government is responsible for a deadly chemical attack on civilians. Assad denies the claim.

"Media is going down ..." warned the Syrian Electronic Army in a Twitter message before the websites stopped working, adding that it also had taken over Twitter and the Huffington Post U.K.