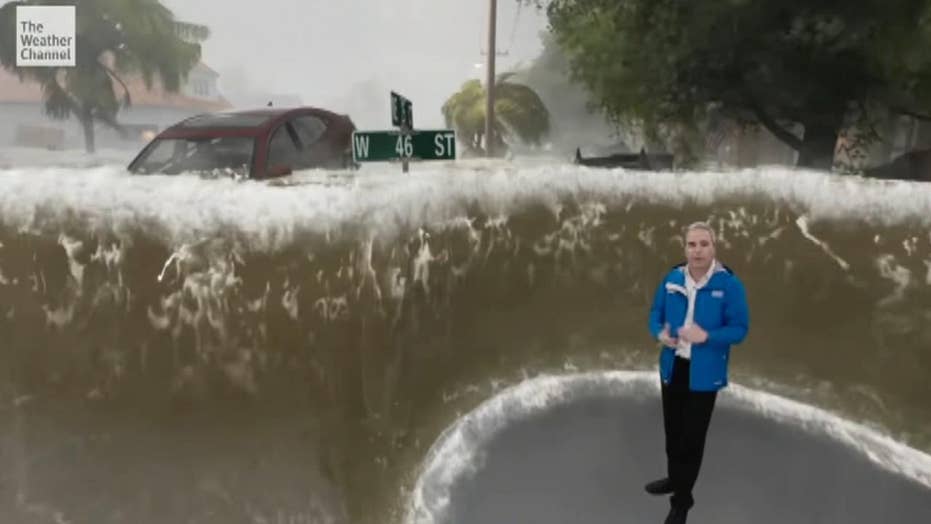 Raw video: The Weather Channel uses immersive, 3D animation to depict the severity of the storm surge from Hurricane Florence.

A storm surge of 9 or 12 feet has the power to wreak havoc, sweeping away cars, humans and debris in devastating fashion. But often, people choose to face down a hurricane rather than evacuate.

As Hurricane Florence approached, meteorologists warned North Carolinians about the potential for destructive flooding and storm surges, but some chose to ignore official forecasts.

It can be difficult to visualize exactly what a storm surge looks like, but The Weather Channel is betting that its new immersive augmented-reality technology will change that.

The company partnered with The Future Group earlier this year to provide viewers with a better “understanding of weather phenomena and its impacts on their daily lives.”

In several mixed reality videos, meteorologists Greg Postel and Ericka Navarro are seen standing calmly while floodwaters rise way above their heads, the wind howls and cars float to the surface.

Navarro, who is 5’2", appears even smaller next to a wall of brownish-colored, debris-filled liquid in the video.

“Once we get to that nine-foot range, this is an absolute life-threatening scenario,” the Weather Channel meteorologist warns. “If you find yourself here, please get out!”

The Weather Channel has also used the graphics to show a tornado hitting its studio.

“The business that we’re in is safety,” Michael Potts, The Weather Channel’s vice president of design, told The Verge. “The weather is a visceral, physical thing, and we’re trying to recreate that in the most realistic way possible.”