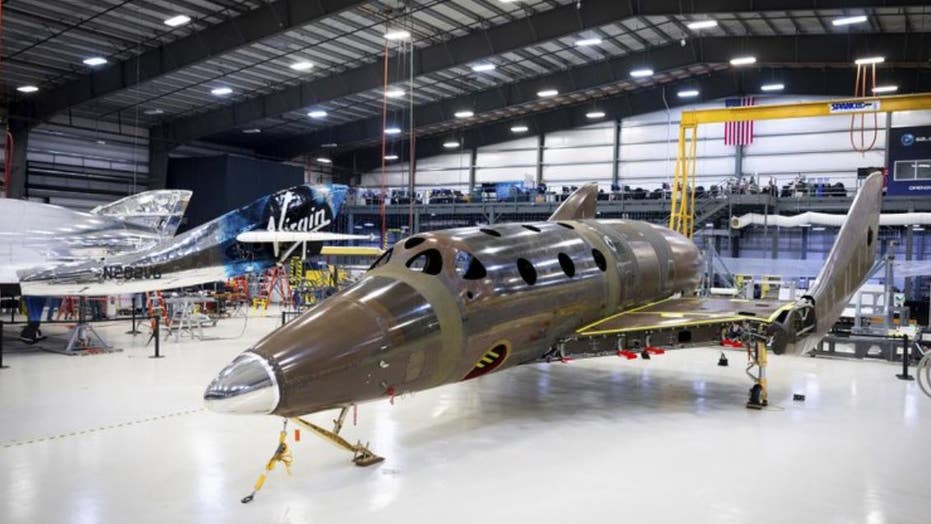 The company announced Wednesday that the primary structural elements of the craft have been assembled, and it is standing on its own landing gear at the Mojave Air and Space Port in California.

According to the company, the Weight on Wheels milestone was reached faster than it took with the first spaceship in the Virgin Galactic fleet, VSS Unity, to get to this stage.

This photo released by Virgin Galactic shows the company's next passenger spaceship standing on its landing gear. (Thomas Storesund/Virgin Galactic via AP)

"We now have two spaceships that are structurally complete, with our third making good progress," George Whitesides, CEO of Virgin Galactic, said in a statement. "These spaceships are destined to provide thousands of private astronauts with a truly transformative experience by performing regular trips to space."

Now that the spacecraft can bear its own weight, the company is working to connect the vehicle's integrated systems and complete the final structural closeouts.

The spaceship will be positioned in the hangar for the start of integrated vehicle ground testing as this work is finished, the company explained, which will verify the integrity of every system. This step is a precursor to the start of its flight test program.