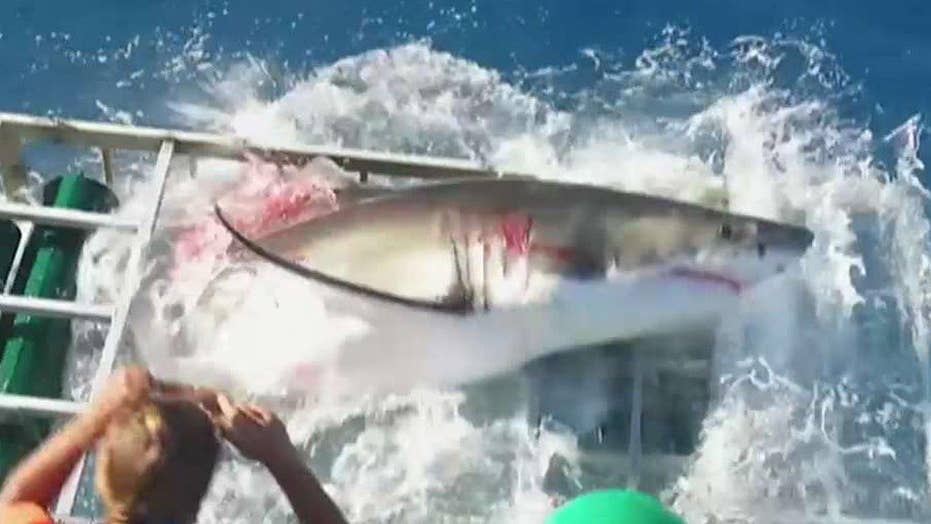 Great white shark breaks into shark cage with diver inside

A diver off the coast of Mexico is lucky to be unharmed after a huge great white shark broke into a cage in an astonishing scene caught on camera.

Video of the dramatic encounter shows a frenzy of white water as the shark thrashes into the cage and then, moment later, swims out the top of it. Not too long after the powerful shark emerges, a diver in a black wetsuit comes out of the cage, seemingly no worse for the wear.

A caption posted below the video explains that the shark was lunging at bait— tasty chunks of tuna outside the cage— and likely broke into it by accident. Later, the man in the cage, described as a “very experienced dive instructor,” came out, luckily “completely uninjured.”

The viral video, filmed off Guadalupe Island, has been viewed over 788,000 thousand times.