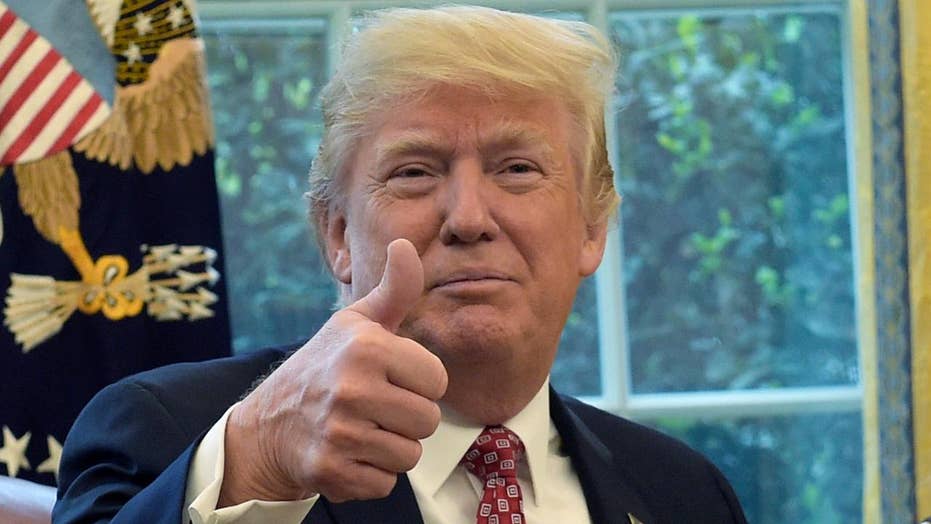 President Trump called NASA astronaut Peggy Whitson at the International Space Station Monday to congratulate her on clinching the record for most time in space by an American.

"This is a very special day in the glorious history of American spaceflight," said Trump, praising Whitson's cumulative record of 534 days in space, and counting. "That's an incredible record to break," he added.

Whitson broke the U.S. record for most cumulative time in space at 1:27 a.m. ET Monday. The astronaut has another five months in orbit with the recent extension of her stay on the International Space Space Station.

This is Whitson’s third long-duration stay on the International Space Station – she will have spent more than 650 days in space by the time she returns to Earth in September.

"I have been dealing with politicians so much, I am so much more impressed with these people, you have no idea," said Trump, during the call.

Trump, who recently signed a bill adding human exploration of Mars as one of NASA's objectives, asked the astronauts if they would one day take a mission to the Red Planet. "We are absolutely ready to go to Mars," replied Whitson.

The president also asked Whitson about the research she is involved on the International Space Station, with the astronaut explaining that one project involves cleaning up urine to make it drinkable. "I am very glad to hear it, better you than me," Trump quipped.

Whitson already had 377 days in space when she launched for International Space Station on Nov. 17. The previous US record for cumulative time in space was 534 days, 2 hours and 48 minutes, held by Jeff Williams.