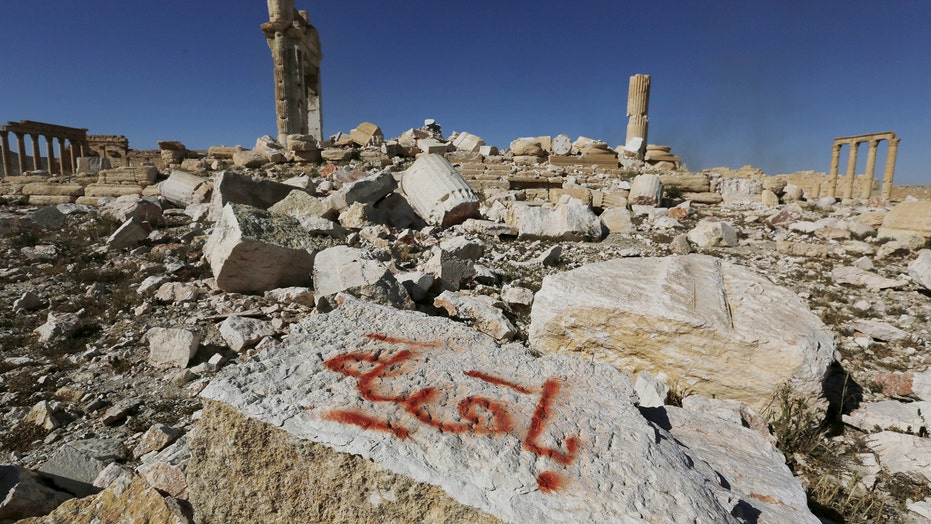 Declassified Cold War-era images from U2 spy planes have been digitally scanned and analyzed by researchers from the University of Pennsylvania and Harvard, revealing ancient structures across the Middle East. The images are of particular importance given the conflicts ravaging parts of the region in recent years. The U2 images are of a higher resolution than any satellite photos previously used to study the area during that time.

Antiquities looted from Syria and Iraq are being sold on Facebook, archaeologists have warned.

Citing research by the academics, the BBC reports that the social network has been harnessed by groups of traffickers to buy and sell ancient artifacts from the war-ravaged region.

The bloody takeover of swathes of Syria and Iraq by the Islamic State in recent years saw militants create “a terrorist art market” for the sale of the looted treasures. In Syria, for example, UNESCO described destruction and looting “on an industrial scale.”

Dr. Amr al-Azm, an archeology professor at Shawnee State University, who participated in the research study, told Fox News that ancient treasures have been showing up on Facebook for a number of years. “We started noticing in about 2013 or 2014 that pieces were starting to appear,” he said, describing the problem as extensive.

In addition to Facebook pages offering looted antiquities, some also offer “looting to order,” where people ask for certain items that are subsequently stolen, according to the archaeologist. Facebook told the BBC that it has removed 49 groups as a result of the broadcaster’s investigation, although al-Azm questions that number.

File photo - Graffiti sprayed by Islamic State militants which reads "We remain" is seen on a stone at the Temple of Bel in the historic city of Palmyra, in Homs Governorate, Syria April 1, 2016. (REUTERS/Omar Sanadiki)

Al-Azm is co-director of the Antiquities Trafficking and Heritage Anthropology Research (ATHAR) project that investigates the sale of artifacts in the “digital underworld.”

The Facebook pages monitored in the research study are run by a small and shadowy group of administrators, according to al-Azm, who estimates that there are around 20 people running the group. “This is not something that’s haphazard – there’s a transnational aspect,” he said.

While ISIS’ wanton destruction of ancient sites such as Palmyra in Syria made headlines across the world, the jihadists were keen to make money by selling ancient artifacts. Even though the group has finally been defeated on the ground, the shockwaves from their horrific regime are still being felt in the world of antiquities.

“Extremist groups see cultural heritage as a resource,” al-Azm told Fox News. “They destroyed stuff that they couldn’t sell and used the rest as a resource.”

While extremist groups such as ISIS and al-Nusra front are still involved in the sale of antiquities, al-Azm says that local looters account for most of the sales of Syrian and Iraqi antiquities on Facebook. The academic describes these people as “subsistence looters” scrambling to make money amid poverty and the chaos of war.

In their research, the experts say that the Syrian government and opponents other than ISIS have also been involved in looting and trafficking.

Al-Azm has also seen antiquities surface on Facebook from other troubled areas, including Yemen and Libya. “Whenever there is conflict, you have this activity happening,” he said.

Now, he wants Facebook to work with experts and law enforcement to work out a strategy for tackling the sale of looted antiquities on the social network. Simply deleting the pages, he warns, could actually be destroyed vital evidence needed to pursue the culprits. “We want Facebook to sit down with entities that are concerned with this type of activity, it could be law enforcement, it could be organizations like ourselves, and help develop a coherent strategy,” he said.

The archaeologist is also involved in the Alliance to Counter Crime Online, a consortium devoted to tackling antiquities trafficking on social media.

In a separate project, experts from the University of Pennsylvania and Harvard have scanned declassified Cold War-era images from U2 spy planes to reveal ancient structures across the Middle East.

The photos show a number of important historical sites before they suffered the terrible effects of war.

One image captured by a U2 spy plane in 1959, for example, shows the famous citadel of Aleppo. A UNESCO World Heritage site, the citadel was damaged in 2015 during fierce fighting in the city between Syrian government forces and rebels opposed to the regime of President Bashar al-Assad.