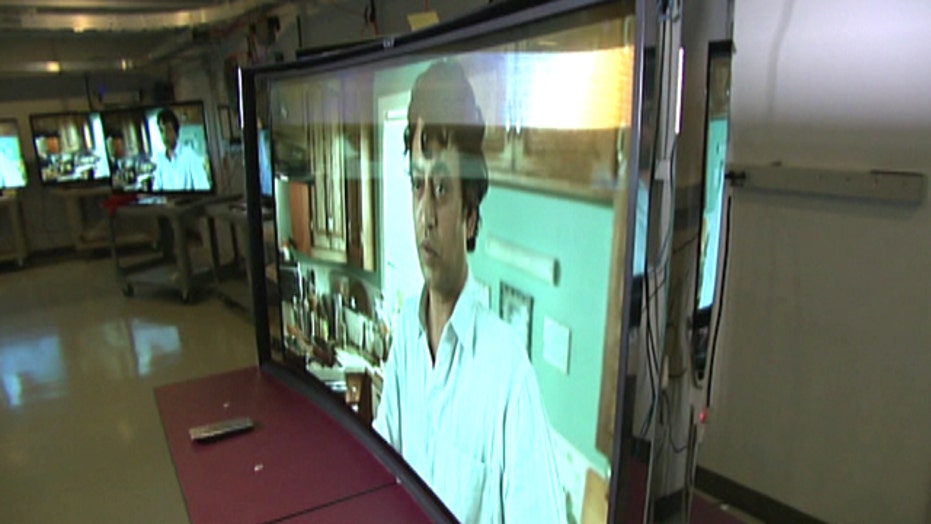 CES hasn't yet officially opened, but based on some early announcements and CES pre-briefings we've had with several companies, it's already clear that this will be an exciting year for those in the market for a new set. Probably the most pervasive change will be the growing importance of Ultra HD (UHD) TVs, which have higher-resolution (3840x2160) screens, in the lineups of almost all the major brands.

UHD TVs will be cheaper and more plentiful

Most of the major brands, as well as many secondary ones, will increase the number of UHD TVs they offer in 2014. While we're still a day or so away from finding out the new price points for these sets, DisplaySearch predicts that we'll see prices fall by as much as 40 percent this this year.

That means that entry-level 55-inch sets from major brands, which cost about $3,000 last year, will drop below the $2,000 mark. Also, companies are segmenting their UHD series this year, so while last year these sets came loaded with all the features a manufacturer offered, we'll see entry-level and step-models from most of the major brands.

Last year, Sony was the only manufacturer with a 4K content solution, and its Media Player was tied to Sony TVs. This year, however, we'll start seeing some online solutions for delivering 4K movies, thanks to a new, more efficient video compression technology, called H.265 or HEVC.

This new video codec will allow for higher-resolution video streams over normal broadband bandwidths. Netflix has already said it will offer 4K video streaming in the first half of 2014, and both DirecTV and 3Net (the 3D network started by Sony, Discovery, and IMAX) have talked about transitioning 3D channels to 4K channels. But the market for UHD content will roll out slowly, as content companies wait for more UHD TVs to be sold. It's also unclear whether the Blu-ray Disc Association will be able to introduce support for Blu-ray UHD discs this year.

TVs will keep getting bigger

No surprise here—we have sets as large as 80 inches in our TV Ratings—but this year we'll see UHD TVs ranging in size from 50 inches to more than 100 inches. LG and Samsung have already announced super-sized sets, but many manufacturers will have models in the 55- to 85-inch size range. We expect the bulk of the UHD sales to occur in the 55- and 65-inch category.

Also, LG has announced a 77-inch OLED set, the biggest OLED TV we've ever seen. But despite all the talk about UHD and OLED, probably only about a million of the 34 million TVs that will be sold this year will be one of these types of sets.

Find the best television for your needs and budget with our TV buying guide and Ratings.

OLED TVs will remain something of a curiosity in 2014

Last year Samsung and LG launched the first TV-sized OLED TVs, which carry hefty ($9,000) price tags. We’re excited about OLED as a TV technology—the Samsung set we tested was probably the best TV we're ever reviewed—but it will take several years for the technology to mature and prices to come down.

LG seems to be the most aggressive company about OLED this year, and we expect to see some OLED TVs with UHD screens, but this year OLED will be a marginal product. Based on the estimates we've seen, fewer than 50,000 OLED TVs will be sold in 2104.

Last year LG and Samsung offered OLED TVs with curved screens, and Sony busted out the first 1080p curved LED TV. We expect several other curved TVs to hit the market in 2014. Although companies claim the curved screen provides a more immersive viewing experience, we think aesthetics play a larger role, and a curved screen certain helps to differentiate a TV in a business where most products are flat rectangles. So will curved screens catch on, or will they become the 3D of 2014? We'll be watching to see what happens.

There are our top five TV trends for 2014.  But we'll also be keeping our eyes on some other developments during CES. One is the fate of plasma TVs, now that Panasonic has announced it's exiting the plasma TV business early in 2014. That leaves just LG and Samsung as the remaining major brands.

We expect both companies to offer new plasma sets this year, but the question is for how long. We remain big fans of plasma TVs—which often top our Ratings—but it seems we're witnessing the beginning of the end for this great TV technology.

We'll also be watching how smart TVs continue to evolve, as manufacturers try and create platforms that organize content in new and intuitive ways. We also expect to see a greater sharing of content between TVs and portable devices with Wi-Fi, Bluetooth, NFC, and TVs equipped with more processing power to help improve performance and enable better multi-tasking for those using these sets.

Over the next few days, we'll be covering the latest news on TVs and other types of electronics, so keep checking back for all our CES 2014 coverage.

Copyright © 2005-2014 Consumers Union of U.S., Inc. No reproduction, in whole or in part, without written permission. Consumer Reports has no relationship with any advertisers on this site.