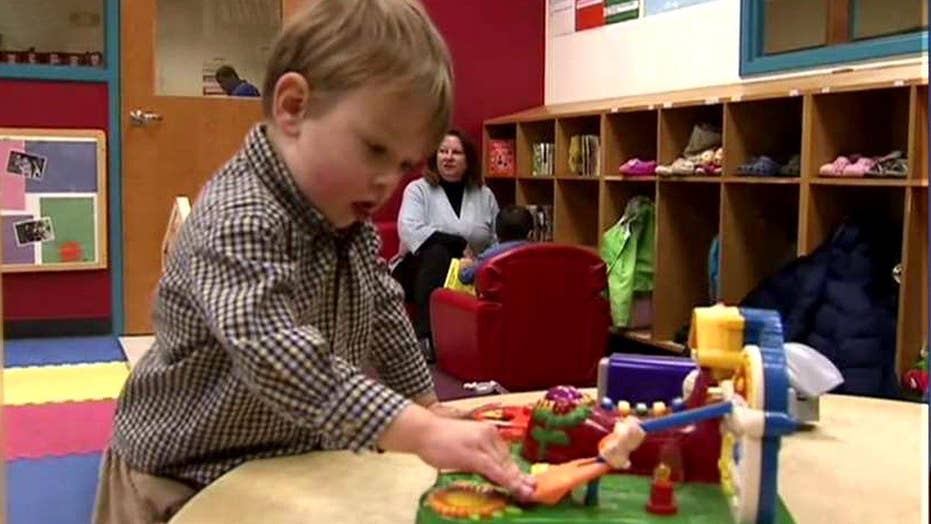 In the study, 91 percent of parents with touch-screen devices, such as smartphones or tablets, reported that their toddlers were able to swipe on the devices.

The median age of the toddlers in the study who could perform these skills was 24 months, according to the study, published today (Dec. 21) in the journal Archives of Disease in Childhood.

"Children as young as 12 months of age are able to use [touch-screen] devices, and by 24 months have developed an array of skills allowing them to interact purposefully with a touch screen," the researchers wrote.

In the study, the researchers surveyed the parents of 82 children between 1 and 3 years old in a university hospital. The parents were given questionnaires that examined how their children used touch-screen devices, and how often.

Eighty-two percent of the parents who participated in the study owned touch-screen devices, the researchers found. Of this group, 87 percent reported that they let their children play with the devices for a median of 15 minutes each day, according to the study.

In addition, 72 percent of these parents reported that their children were able to specifically identify and use touch-screen apps at a median age of 25 months, the researchers wrote. One-third of the parents reported that their children could swipe, unlock, look for features, and identify and use features by a median age of 29 months.

The effects of using a touch-screen device at an early age are still unknown, the researchers noted.

In 2011, the American Academy of Pediatrics re-affirmed their guidelines that discourage the use of media in children younger than 2 years of age. These guidelines, however, are based on more-passive forms of media, such as television, and were written before touch screens became as widespread as they are now, the researchers wrote.

It's possible touch screens could offer some benefits, the researchers said.

"Interactive touch-screen applications offer a level of engagement not previously experienced with other forms of media and are more akin to traditional play," the researchers wrote in their study.