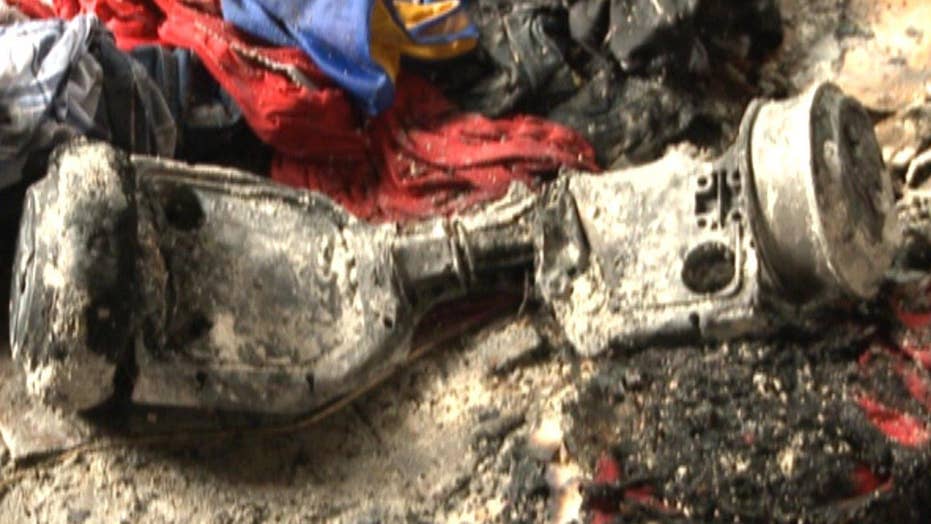 Self-balancing scooters, more popularly known as hoverboards, are undoubtedly the hot ticket item on many Christmas wishlists this year.

However, UK shoppers hoping to get their hands on one of the personal transporters may be left disappointed after it was revealed Wednesday the authorities have impounded almost 90 percent of the 17,000 boards shipped to the country in the last six weeks over fears they could burst into flames.

Related: Google built a working hoverboard of its own, but scrapped it

The hoverboard, which for most people means the more common two-wheeled type rather than the futuristic wow-look-it-really-is-hovering variety, has become hugely popular in recent months, thanks in part to celebrities showing off their own ones in videos posted online.

Commenting on the safety issue, Lord Toby Harris, chair of the UK's National Trading Standards (NTS), told the Guardian: "Our teams at sea ports, postal hubs and airports have seen a significant spike in the number of unsafe hoverboards arriving at national entry points in recent weeks and are working around the clock to prevent dangerous items from entering the supply chain."

NTS found fault with 15,000 hoverboards out of the 17,000 units that it's checked in recent weeks, with most of the issues reportedly centering on the hoverboard's plug, cabling, charger, or battery. There've been reports of several fire-related incidents recently after the battery or charger's cutoff function failed, causing it to overheat.

Just last weekend a leading UK retailer recalled its "Air Runner" hoverboards after discovering that its mains plug and charger failed to comply with British standards, while beyond the UK this board made international headlines on Tuesday after catching fire. Another is suspected to have caused a house fire in Louisiana after apparently exploding.

If Brits can get over the thought of their feet getting roasted or their home burning down, and can actually find a hoverboard in the stores or online, they'll soon discover they're pretty restricted as to where they can use it. Long-standing laws ban the machines from being ridden on streets and sidewalks -- or in any public spaces, for that matter -- meaning most rides will have to be taken around the dining table or in the yard.