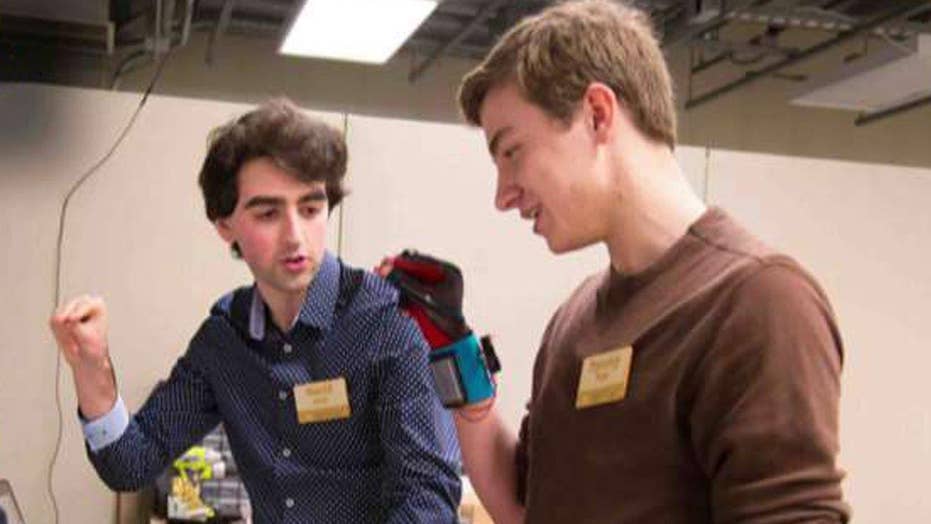 Some half a million people use American Sign Language to communicate. Now, communicating with others who don't know ASL could be as easy as donning a pair of gloves.

Navid Azodi and Thomas Pryor, undergraduates at the University of Washington, were recently awarded a $10,000 Lemelson-MIT Student Prize for inventing a pair of gloves, called SignAloud, that convert ASL to speech.

The goal is to "provide an easy-to-use bridge between native speakers of American Sign Language and the rest of the world," says Azodi, who used non-verbal communication until age 7, per the Christian Science Monitor.

Sensors inside the gloves read hand position and movement, the data is sent to a computer via Bluetooth, and the computer speaks the ASL word or phrase in English.

These aren't the first such gloves. "Some use video input, while others have sensors that cover the user’s entire arm or body," Pryor tells Medical Daily.

However, "our gloves are lightweight, compact, and worn on the hands, but ergonomic enough to use as an everyday accessory, similar to hearing aids or contact lenses." Whether the deaf community is interested is another story: Azodi tells NPR the pair have been criticized for "not understanding the [ASL] culture." For example, a negative of a word in ASL is often conveyed with a shaking of the head or a frown, which isn't possible with SignAloud.

Azodi and Pryor say they're working with ASL users to upgrade the gloves, which may also help monitor stroke patients and enhance dexterity and gesture control in virtual reality, per the University of Washington.

(A whole class learned sign language for a deaf boy.)

This article originally appeared on Newser: These Gloves Turn Sign Language Into Speech