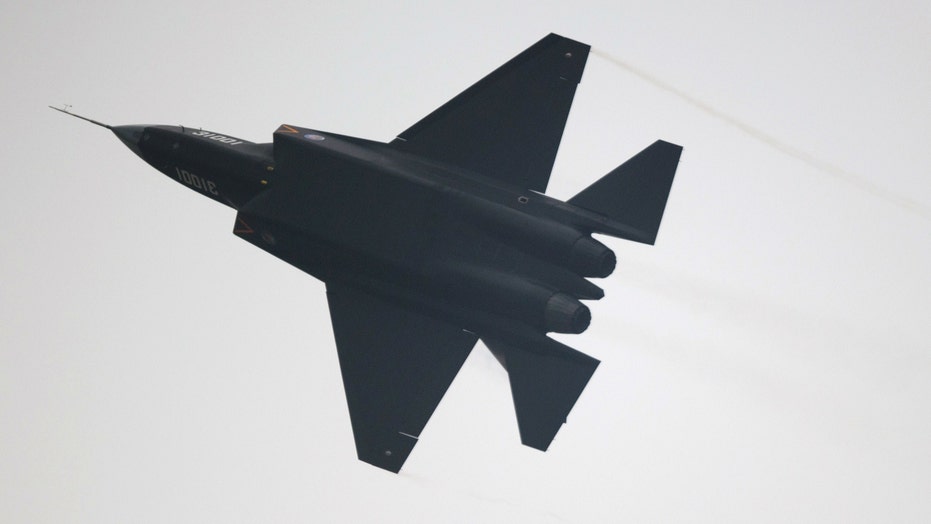 A May 5 report in the Global Times, an English-language Chinese newspaper, says the new photos show an … “upgraded version with modifications made to its aerodynamic design just like the prototype that made its maiden flight in 2016, instead of the original version that made its public debut at Airshow China in 2014.”

Improvements or changes to the J-31 likely continue a longstanding pattern of China’s apparent and somewhat visible effort to copy, steal or mirror designs used for the U.S. F-35. Virtually all photos and renderings of the J-31, since first unveiled, revealed a striking resemblance to the U.S. F-35. This does not come to the surprise of many in the U.S., given China’s well-known and documented cyberespionage efforts. A 2014 “U.S.-China Economic and Security Review Commission” congressional report specifically cites a Defense Science Board finding that Chinese cyberattacks resulted in the theft of significant specs and technical details of a range of U.S. weapons systems — including the F-35.

At the same time, a 2018 Pentagon news story about the Department of Defense’s annual China report mentions that apparent similarities between the F-35 and Chinese J-20 could very well be a result of espionage. A cursory look at the J-20 does appear to show some resemblance to the F-35, particularly the blended wing-body front end and internally built, conformal exhaust pipes. These similarities do appear, despite the apparent differences, as the J-20 has a wider and longer lower-body. However, available photos show an even larger measure of similarity between the F-35 and Chinese J-31 multi-role fighter.

As recently as last year, another Global Times report said the J-31 showed design improvements at the 2019 Paris Air Show. Photos from the story reveal profound visual similarities between the F-35 and J-31. This is not without precedent, as the Chinese media itself has noted similarities between the two aircraft. Portions of a story from the Chinese government’s “People’s Daily Online” as far back as 2013 specifically cites design similarity between the emerging Chinese J-31 and the F-35, writing that the “J-31 and F-35 use the same DSI inlet (non-boundary layer-separated lane supersonic inlet).” The only major difference, the paper notes, is that the U.S. has an F-35B Short Take Off and Landing variant and that the J-31 uses two engines compared to the F-35’s single engine propulsion configuration.

The People’s Daily Online article’s reference to a “non-boundary layer separated lane supersonic inlet” appears both interesting and significant, as it pertains to designs engineered to manage heat and air movement signatures demonstrated by the aerodynamic phenomenon of air flow surrounding supersonic flight. “Boundary layer” aerodynamics, referring to the air flow surrounding a weapon or platform as it transits, can greatly impact the flight stability and stealth characteristics of an aircraft.

A pertinent comparison can be found in the Air Force Research Laboratories’ current work on “boundary layer phenomenology” related to next-generation hypersonic weapons. Senior Air Force science and technology leaders and weapons developers told me at the Air Force Association symposium in 2019 that “boundary layer phenomenology” was figuring prominently in ongoing research and development regarding future weapons and platforms. Managing heat flow and temperature is, of course, vital to maintaining flight stability for hypersonic weapons traveling at speeds up to five-times the speed of sound. Developers seek to engineer configurations that will generate a “laminar” or smooth airflow as opposed to “turbulent” boundary layer to enable a weapon to sustain an accurate trajectory and manage excessive heat.

Therefore, by extension, it seems apparent the same aerodynamic principles apply to stealth aircraft configurations that seek to manage the heat signatures and turbulence potentially generated in the air flow boundary layers of stealth jets flying at supersonic speeds. Accordingly, a “non-boundary layer separated lane” for airflow, (as cited by the People’s Daily Online article) that does not break up or radically change airflow trajectory, could not only ensure smoother flight at high speeds but also help manage temperature. Of course, there would be significant differences between the thermal management technical engineering needed for hypersonics and stealth aircraft, yet smoother wing-body melded external designs, absent hard or protruding edges, clearly bring the added advantage of a smoother and cooler air flow boundary layer. Along these lines, the 2019 Global Times report details a few design changes to the 2019 J-31 which, according to the photographs, show a smoother, less-jagged exterior behind the cockpit as opposed to earlier models.

However, external configuration and some elements of visible heat-signature management represent merely a few of many characteristics when it comes to stealth technology; stealth designs also often incorporate internally-built engines, radar absorbent coating materials and internal weapons bays, among other things. Along these lines, the People’s Daily Online report makes the claim that the J-31 has a superior weapons payload capability compared with the F-35. However, available specs report that the J-31 travels with six external weapons hardpoints… the same number as the F-35.

As for how the J-31 may be employed, Chinese and U.S. newspapers are filled with speculation; some reports say the fighter is intended for export as a way to counter the reach and scope of the F-35, however other reports cite Chinese officials saying the J-31 is intended for domestic use and possibly could even fly off of Chinese aircraft carriers.

Chinese progress with the J-31 calls to mind several timely strategic calculations. A more recent Congressional report, the 2018 U.S. China Economic and Security Review Commission, makes specific reference to concern regarding China’s expansionist aims when it comes to projecting air, land and sea power. The text of the review points to dramatic upticks in “long-distance over-water training” exercises over new areas in recent years which, the study goes on to suggest, improves the PLA Air Force’s capability to gather intelligence and “execute maritime missions against the U.S.”

All of this pertains to the often and widely discussed recognition that China has long-since passed its ambitions to operate as a dominant regional power and migrated aggressively toward positioning itself as a massive, leading global power.