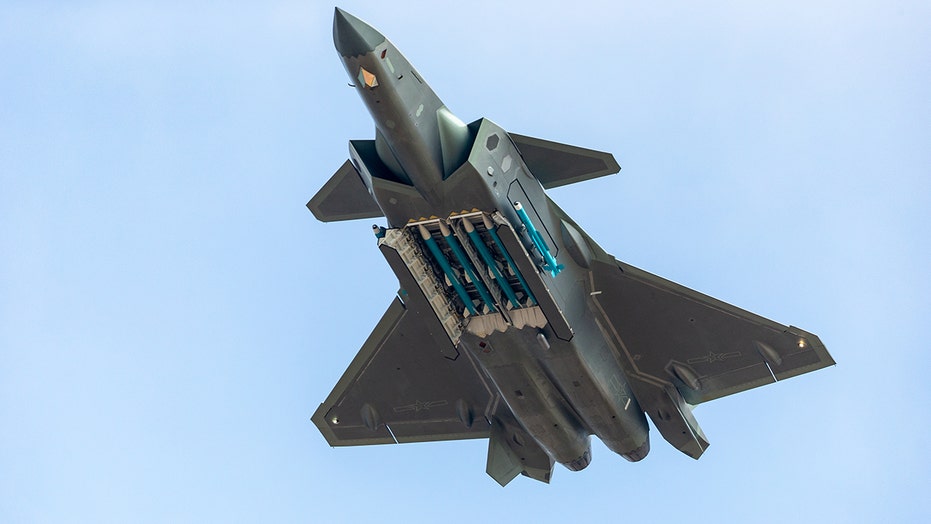 Beijing now controls the largest navy in the world and is attempting to double the size of its nuclear warhead stockpile over the next decade; reaction from Fox News senior strategic analyst Gen. Jack Keane, chairman of the Institute for the Study of War.

The size of the People’s Liberation Army Air Force is reported to include a total of 2,500 aircraft, making it the third-largest in the world, according to the Pentagon’s 2020 China Military Power report.

U.S. threat assessors are not merely concerned about the size of the Chinese Air Force but the increasing technical sophistication and multi-mission tactics with which it operates. For instance, as part of its discussion of Chinese airpower, the report notes that China operates highly advanced, Russian-built S-400 and S-500 air defenses.

These systems, among the best in the world, increasingly use networked digital processors, faster computer speeds and a wider range of frequencies to detect aircraft. Russian media reports have claimed that their air defenses can even track stealth aircraft, a claim that has yet to be formally verified.

Fighter aircraft J-20 of People's Liberation Army Air Force (PLAAF) performs in the sky showing with live ammunition for the first time on day six of the Airshow China 2018 on November 11, 2018 in Zhuhai, Guangdong Province of China. (Photo by VCG/VCG via Getty Images)

Yet another concern with China’s air power is its fast-increasing attack range. The Chinese Y-20 cargo plane, for instance, is likely being configured into a tanker aircraft to nearly double the attack range of Chinese fighter jets. Technically speaking, while the U.S. Air Force’s KC-46 tanker is certainly different from its C-130s, it would not be at all technically difficult to convert a large Y-20 into a tanker configuration.

This not only better enables a potential attack on Taiwan but also massively expands the Chinese reach into more areas of the South China Sea from the mainland. While many of China’s fighters are within range of attacking Taiwan on a single sortie, expanded combat radius would not only increase surveillance options but also enable much longer “dwell time” for fighter planes searching for targets in the skies above Taiwan.

Operating a large tanker of this kind might also greatly improve China’s aircraft carrier power-projection capabilities by virtue of creating possibilities for longer-range, more expansive combat missions from the ocean.

Such a possibility is further strengthened by ongoing Chinese efforts to engineer a carrier-launched variant of Beijing’s J-31 stealth fighter for domestic use. Such a platform, described by Chinese newspapers as a J-31B, brings stealthy 5th-generation attack possibilities to maritime warfare, not unlike the U.S. F-35B and F-35C.

These factors are quite likely just one of many reasons why the U.S. Air Force continues to seek accelerated modernization and large size increases. Many senior Air Force leaders express great concern that not only is the force aging and in need of revamped sustainment efforts but is also insufficient to meet the requested mission demands of combatant commanders forward-deployed around the globe. Air Force leaders are continuing to ask for the increase in size up to 386 squadrons first requested several years ago.

While many believe current efforts are inadequate to meet the threat, there are a number of impactful sustainment activities underway with U.S. Air Force platforms. F-15 continue to be revamped with new weapons, radar and high-speed computer systems to ensure the 1980s aircraft can stay in front of the Chinese 4th-generation J-10. In addition, the Air Force recently completed software upgrades to F-22 weapons to enhance range, guidance and accuracy. Furthermore, the service is reconfiguring some of the “wing boxes” of its fleet of aging C-130s and a wide swath of upgrades has already made the well-known B-2 bomber much more advanced than it was during its inception. The B-2 is receiving new air-defense warning sensors, upgraded weapons and massively improved computer processing speed, among other things.

None of this, however, Air Force weapons developers say, removes the need for new platforms and weapons as soon as possible.