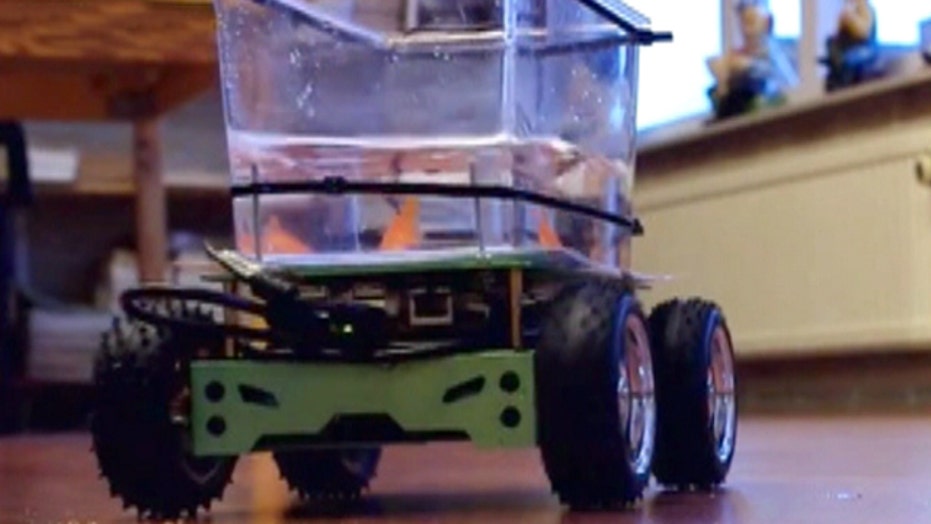 The car a fish can drive

The car a fish can drive, an Arab country to deliver gov't services via drones, and high-tech gear to help U.S. athletes in Sochi.

Did you ever think a tiny goldfish could control its own tank?

A robotic tank called Fish on Wheels by image recognition company Studio Diip may convince you. “The location of the fish is detected using computer vision," the company says, "and the fish controls the car by swimming in a specific direction."

A goldfish has a short life expectancy, but thanks to this one of a kind tank, it will be a full, happy life indeed.

Could a high tech jacket actually give United States skiers in Sochi an unfair advantage? Columbia designed a 'snow camouflage' pattern that helps to mask the body movements of the athletes. Why is this sort of (but not technically) breaking the rules? Mogul skiers are judged by their body movements. The smoother the ski, the higher the score.

Amazon recently announced that drones may someday deliver your goods. It seems the United Arab Emirates are in a race to beat ‘em to the punch.

"The UAE will try to deliver its government services through drones,” Reuters reported, calling the project “the first of its kind in the world." A cabinet minister displayed a prototype developed for the government recently. The battery-operated vehicle, about 1 and a half feet across, resembles a butterfly and can carry small parcels.