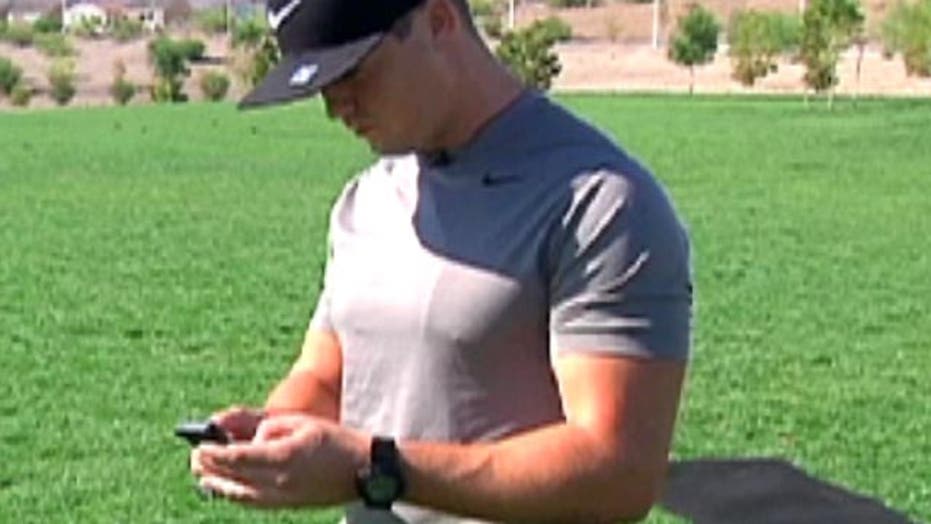 Is texting bad for your health?

The way we text and use technology is having a negative effect on our health, warn experts.

“The problem is the posture,” Dr. Dean Fishman, a chiropractic physician who created and trademarked the phrase “text neck,” told FoxNews.com.  The Plantation, Florida-based doctor believes text neck is a global epidemic that is literally changing the way our bodies should grow.

In the x-ray on the left, Dr. Fishman explains that “you can see that the red line demonstrates a curvature of the spine which is consistent with normal.”  But in the “text neck” x-ray, “the red line accentuates the perching forward of the first few bones of the cervical spine.” This would be considered abnormal, according to Fishman, noting that neck pain, headaches, arm and shoulder pain and arthritis are all side effects of text neck.

Some 1.91 trillion text messages were sent in the U.S. last year, according to statistics from CTIA – The Wireless Association.  A study published by Pew Research revealed that nearly eight in ten Americans use text messaging on their cell phones.

Tech research firm IDC also published a study that reports 79 percent of 18 to 44-year olds have their smartphones with them 22 hours a day.

“Anything that puts you in that posture, whether it’s reading, typing, or texting - everything on your backside is getting stretched out.  Over time, the ligaments get weak. This leads to bulging discs, nerve compression, burning and tingling down the arms,” said Sparkville, Mississippi-based physical therapist Dr. Brian Kirby.

Others say technology is becoming a part of us.

“These mobile devices have become a direct extension of our bodies at this point,” said Fishman. “ A lot of articles will say ‘put down your device and walk away from it for a while’  - take a break and stretch out.  That’s just not reality.”

Fishman adds that it’s not just a texting problem.  “This is also a gaming issue. 52% of kids from 0 to 8 years old spend about 43 minutes a day on these mobile devices that mimic our cell phones. And that equates to 5 extra hours a week in this ‘text neck’ posture putting pressure on back of the head and neck.”

But the doctor said that the reality of our health can get worse if we don’t correct the problem.  So he figured out a way to educate people on holding mobile devices the proper way.  He has developed an app called the Text Neck Indicator that gives users a real time alert on whether they are holding the phone in a position that is detrimental to their health.

The app is currently available on Android devices and in development for all other platforms.