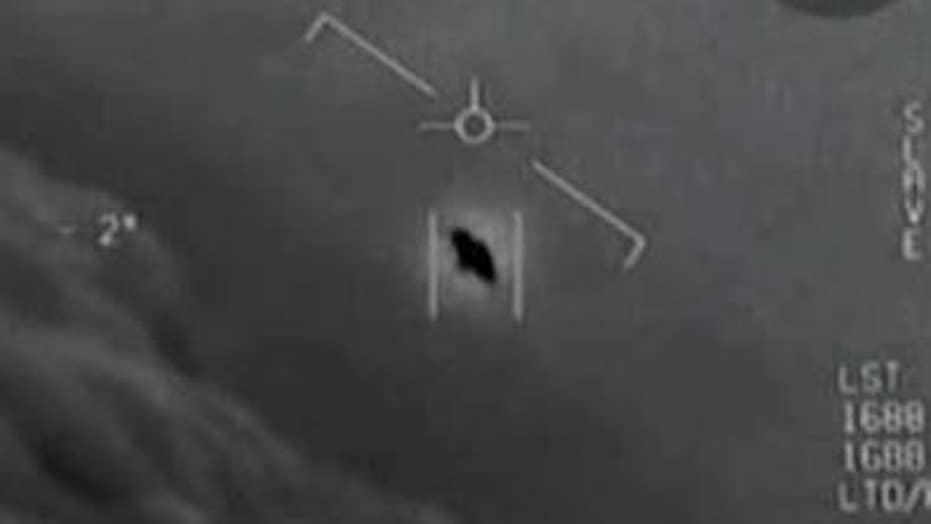 A band of alien hunters led by an ex-punk rocker claim they've found evidence of UFOs.

The U.S. organization, bankrolled by former Blink-182 singer Tom DeLonge, says it's acquired "exotic material" from what could be an alien spacecraft.

DeLonge, from California, co-founded the group To the Stars Academy of Arts & Sciences in 2017 with the goal of researching extraterrestrials.

The team most famously turfed up classified footage of UFOs recorded by American pilots that were confirmed as real by the US Navy earlier this month.

Speaking to the New York Times, a spokesperson for the group gave a tantalizing tease of its next big scoop.

A reporter asked whether the team had obtained "exotic material samples from UFOs."

No further details were given, so it's not entirely clear what "material" they were talking about.

Back in July, rocker DeLonge's organization made a similar claim about its research.

The group's Twitter account wrote that researchers had acquired "potentially exotic materials featuring properties not from any known existing military or commercial application."

To the Stars Academy has not yet provided proof to back up this claim.

"What we have been doing is trying to find the most qualified individuals at the most respectable institutions to conduct scientific analysis," Luis Elizondo, director of global security and special programs for DeLonge's group, told the Times.

Elizondo said the team is in no hurry to release its research.

It's not clear precisely who's working for DeLonge's group, or whether their research will be peer-reviewed, so we'd take this claim with a pinch of salt for now.

All we know is that it's an eclectic mix of scholars and pop stars.

According to its website, the academy is a “collaboration between academia, industry and pop culture to advance society’s understanding of scientific phenomena and its technological implications."

Most famously, the group got the US Navy to admit to several UFO sightings near US military institutions going back several years.

They led to the astonishing reports which in May revealed Navy pilots had near-daily interactions with mysterious flying objects in 2014 and 2015.

Across several interviews, pilots described objects moving at hypersonic speeds and performing acts "beyond the physical limits of a human crew".

Graves, an F/A-18 Super Hornet pilot who has been with the Navy for 10 years, told The New York Times: “These things would be out there all day.

“Keeping an aircraft in the air requires a significant amount of energy.

“With the speeds we observed, 12 hours in the air is 11 hours longer than we’d expect.”