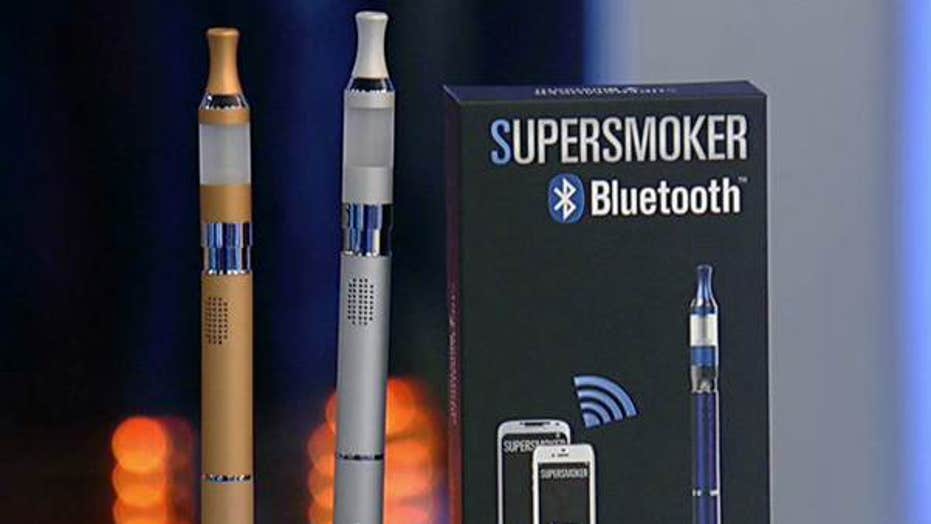 This gizmo blows rings around the competition.

The Supersmoker Bluetooth is the first electronic cigarette to play music and receives calls via Bluetooth. It’s a concept that’s sure to catch fire, said general manager Roy Steijger.

“This industry will continue to grow; this will be the new standard in e-cigarettes for the new generation,” Steiger told Fox Business.

The Supersmoker Bluetooth e-cigarette was a concept that took two years to design, from its idea to its final product. It’s a compact device that offers the consumer a variety of options at a price Dimitri Kyriakopoulos, Supersmoker Club CEO, believes is affordable.

“You can purchase the Supersmoker Bluetooth in the U.S. for $99. For everything that the e-cig offers, it’s worth the price. And the best part, it’s easy to use,” he said.

Once you have properly set up and connected your Bluetooth device with your electronic cigarette, you can play music from your phone’s playlist or with apps like Pandora and Spotify through a built-in speaker.

If you receive an incoming call, your electronic cigarette will vibrate, will allowing you to answer by pressing the middle button, which is surrounded by the volume buttons. And to top it off, the company includes a USB charger and neck chain so that you can wear your cigarette wherever you go -- and for that matter, smoke it whenever too.

The Dutch company has definitely turned heads, but Supersmoker isn’t worried about copycats: The company has patented its idea and believes it’s latched on to the next big thing.

“Some of the people told us, in European markets, that we have made this product so cool and techy that people who are not smoking will start smoking,” Steijger said. “But the American market is much more enthusiastic.

"The American people are way more ahead in electronic smoking.”