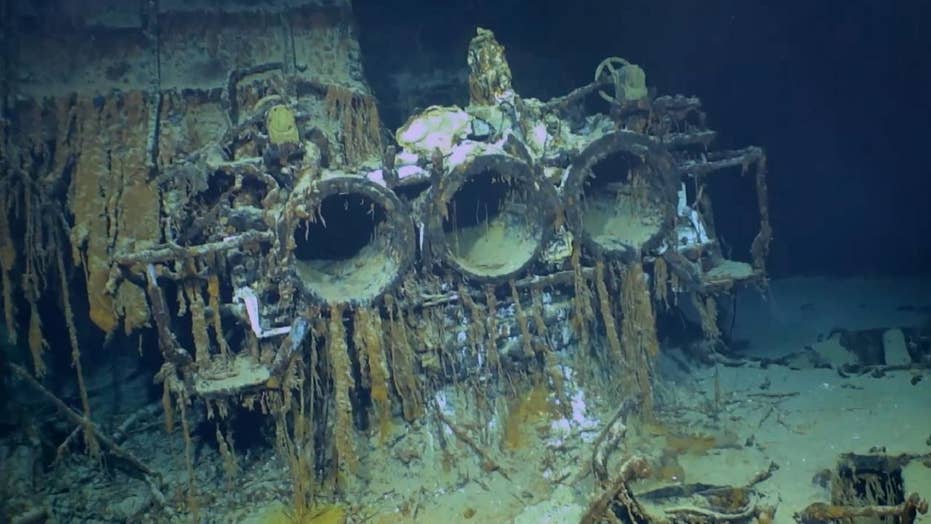 The lost sunken Italian warship Artigliere has been discovered in the Mediterranean by Microsoft co-founder Paul Allen and his Vulcan, Inc team with the research vessel Petrel. Artigliere video courtesy: Vulcan, Inc.

A watery World War II gravesite has been explored for the first time.

An Italian naval ship sunk in World War II was recently discovered and photographed by a team led by Microsoft co-founder Paul Allen.

The IT Artigliere was located in March under more than 12,000 feet of water in the Mediterranean Sea by the Petrel research vessel, according to a Tuesday release by Allen’s Vulcan, Inc., a private company that looks to “save endangered species, address climate change, improve ocean health, explore new frontiers, research how the human brain works and build sustainable communities.”

"The Artigliere is in amazingly good condition other than the fact she was sunk in a war," said David Reams, Senior Director for Paul Allen’s maritime operations. "She's upright and easy to identify. At 3,700 meters down, the water is very cold and has little oxygen so there was very little corrosion or encrustation."

Italian Naval authorities were informed and provided with the location and data to confirm the identity of the wreckage, the release said. The IT Artigliere was sunk after being damaged in the October 12, 1940 Battle of Cape Passero.  During its engagement with the British Navy, its commander and most of its crew were killed. The Petrel crew implemented protocols respectful of the war gravesite and the wreckage was left undisturbed, according to Vulcan.

In 2015, Vulcan teams located the wreck of the Japanese battleship Musashi and the historic bell of the British Navy’s HMS Hood.