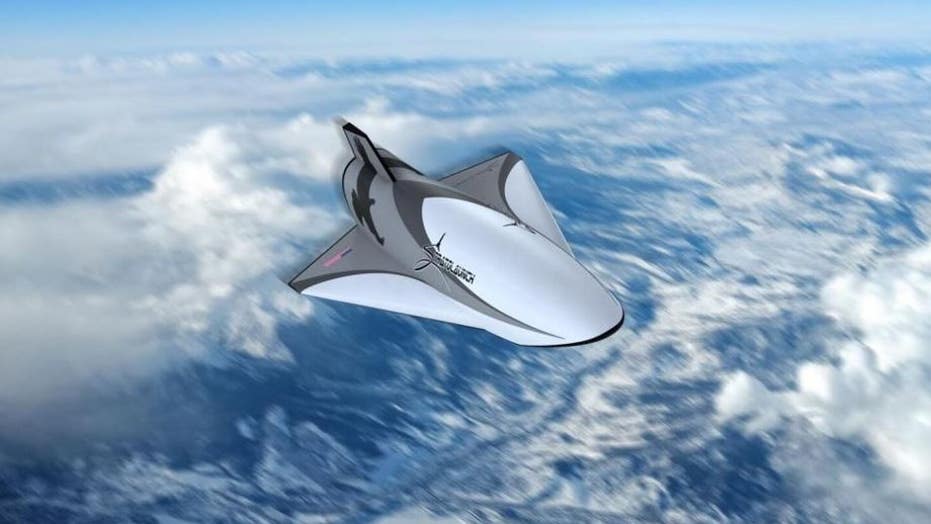 Stratolaunch has announced a new use for the world's largest airplane.

According to its website, Stratolaunch has reinvented itself as a builder, tester and operator of hypersonic vehicles -- those that can travel at least five times the speed of sound, or Mach 5.

The gigantic, six-engine aircraft known as Stratolaunch has a 385-foot wingspan, weighs about 500,000 pounds and is the dream of late Microsoft co-founder Paul G. Allen.

"Our hypersonic testbeds will serve as a catalyst in sparking a renaissance in hypersonic technologies for our government, the commercial sector and academia," Stratolaunch CEO W. Jean Floyd said in a statement on the company's website.

Stratolaunch's Talon-A is shown here in an artist's concept. (Stratolaunch)

Those vehicles will include Stratolaunch's Talon-A, a 28-foot-long, 6,000-pound reusable craft capable of reaching Mach 6.

While Stratolaunch calls its aircraft the world's largest, other airplanes exceed it in length from nose to tail. They include the six-engine Antonov AN 225 cargo plane, which is 275.5 feet long, and the Boeing 747-8, which is just over 250 feet long.