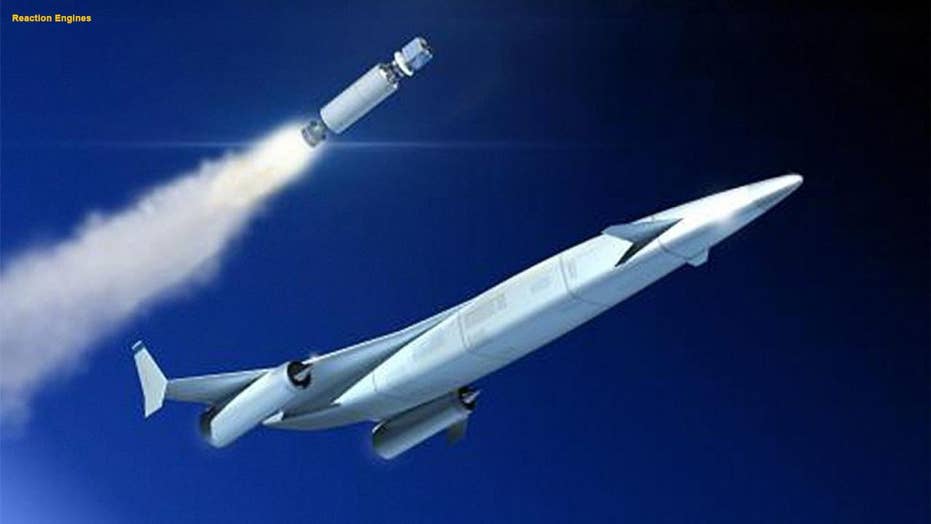 A hypersonic ‘spaceplane’ just passed a crucial test for its precooler component. If and when the jet becomes available for commercial use, it could fly people from London to New York in less than 60 minutes.

A 'spaceplane' that flies 25 times faster than the speed of sound has successfully passed a crucial testing milestone.

The hypersonic plane is so fast it could jet from London to New York in less than 60 minutes and transport you from the UK to Australia in four hours.

Oxford-based Reaction Engines has been working with the European Space Agency and the UK Space Agency, along with BAE Systems, to make the powerful aircraft.

Reaction Engines has recently been testing a 'pre-cooler' for the plane, which is technology that would allow it to travel faster than ever before.

Thousands of tubes inside the pre-cooler, which are thinner than human hair, contain liquid helium that can cool the air as it rushes past them.

Until now, heat has been a limiting factor for how fast aircraft can travel, including Concorde which traveled at two times the speed of sound.

This technology could now be combined with the spaceplane's experimental engine, referred to as Sabre.

Sabre is intended to be much lighter than a conventional rocket engine because it would carry less fuel-oxidant.

It is being designed to draw oxygen into the engine to use for combustion from take off until it reaches just over 4,000 mph.

After this point, the engine would need to burn liquid oxygen and liquid hydrogen from on-board fuel tanks.

The spaceplane would need to continue using this process until it reached 25 times the speed of sound to enter space.

The company ultimately aims to create a reusable vehicle that has the fuel efficiency of a jet engine with the power of a rocket.