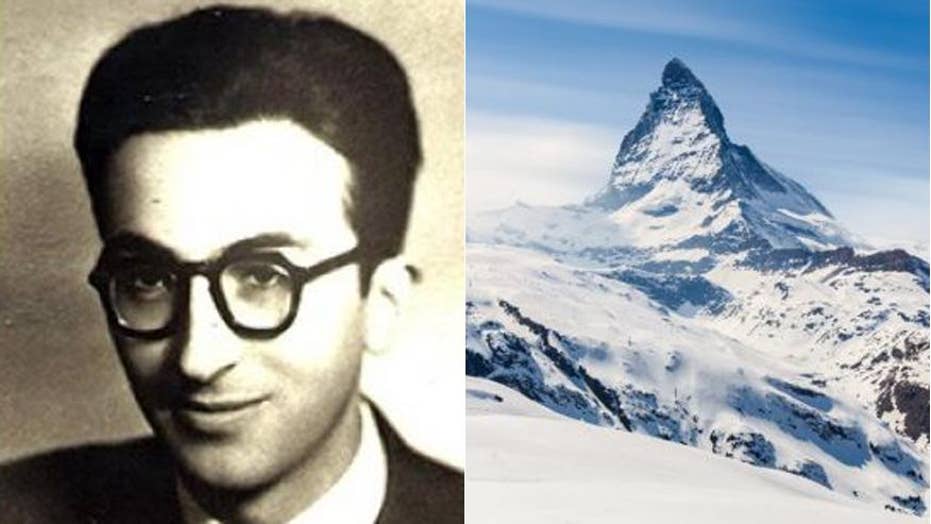 Social media has helped solve the mystery surrounding the identity of a skier who went missing in the Italian Alps in 1954.

The man’s remains were discovered on the Matterhorn in 2005, according to Italian State Police. Skis, a watch, some clothing remains and his eyeglasses were found nearby. However, Italian authorities were unable to identify the remains, which were found more than 10,000 feet above sea level.

The Independent reports that the discovery was made on a glacier in the Valtourneche resort.

DNA TO X-RAY: TO ID REMAINS FROM NORTH KOREA, MILITARY HAS A RANGE OF TOOLS

In 2017 officials harnessed advances in DNA research technology to gain fresh insight into the mystery, according to Italian State Police. The skier was found to be a man aged between 30 and 35 years of age. Experts noted that his clothing, which was not particularly heavy, indicated that he had died in late winter or early spring. The objects found with the body also indicated that he died sometime in the 1950s, and may have been French.

The Guardian reports that the prosecutor in Italy's Aosta valley posted the investigation’s findings on his Facebook page last month, and asked others to share the information. Italian Police used their social media channels to spread the word and also contacted their French counterparts.

The mystery of the unknown skier quickly went viral, and the story was also picked up by the media. Within a few hours someone posted to an Italian Police Facebook page saying that they could identify the man.

“One woman claimed to be sure of knowing the identity of the man: she had heard a French radio program in which the appeal was made by the Italian State Police,” explained the State Police, in a statement. The woman said that her uncle had disappeared on the Matterhorn in the 1950s.

Frenchwoman Emma Nassem said that the man could be her uncle, Henri le Masne, who went missing in 1954, The Guardian reports.

The saliva sample confirmed that the remains did indeed belong to Henri le Masne, who died in the Alps on March 26, 1954, the day of his 35th birthday.

The skier worked at the Ministry of Finance in Paris and was an avid skier. Two years before his death he had survived an accident in the Alps.

“He loved the solitude of the mountains on which he often ventured for hiking or skiing,” said the Italian State Police, in its statement. He often told his brother that the mountain’s dangers did not frighten him.

“We have been able to reconstruct the existence of a man who had been buried in our mountains for over 60 years,” said Italian State Police, in their statement.

DNA technology is proving crucial in shedding new light on past events, and is a valuable tool for the U.S. in identifying the remains of military personnel.

The technology can also offer fresh insight into the ancient world. Last year scientists announced that they had found a genetic ‘trail’ back to the Biblical Canaanite civilization. By sequencing the genomes of five Canaanites that lived 4,000 years ago with genomes from 99 people living in modern day Lebanon, researchers identified a strong genetic link to the mysterious civilization.

DNA analysis is also helping reveal new details about the ancient Minoan civilization on the island of Crete and their counterparts on the Greek mainland, the Mycenaeans.

DNA from an infant who died in Alaska some 11,500 years ago is giving scientists the best look yet at the genetics of the ancestors of today's native peoples of the Americas.

Last year a melting glacier in the Swiss Alps revealed the remains of a couple who disappeared in 1942.