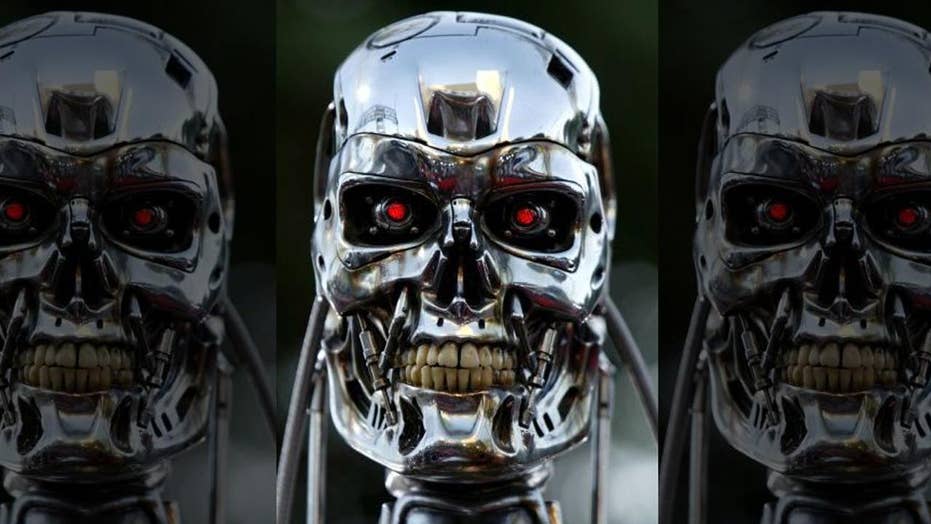 Scientists have developed a liquid metal that is able to stretch horizontally and vertically, as well as change shapes, much like the T-1000 robot featured in 'Terminator 2: Judgement Day.' The research highlights how liquid metals such as gallium, when mixed with nickel or iron, are able to be manipulated into different shapes, thanks to the use of magnets. While the T-1000 is still far off, future applications can include robots.

If you thought the shape-shifting T-1000 robot in "Terminator 2: Judgment Day" was the stuff of nightmares, your nightmares may eventually become reality.

Researchers have created a "Terminator-like" liquid metal that has the ability to stretch horizontally and vertically, as well as changing shapes, according to a new study.

The research, published in Applied Materials & Interfaces, highlights how liquid metals such as gallium, when mixed with nickel or iron, are actually able to be manipulated into different shapes, with the use of magnets.

"Moreover, the vertically stretched MLMD (magnetic liquid metal droplet) can move horizontally with its half body in the solution and the other half in the air, which resembles the nature of an upright walking amphibian," the researchers wrote in the study's abstract.

This is not the first time that researchers have created a bendable metal. In previous attempts, certain metals that are liquid at room temperature, including the aforementioned gallium and other alloys, were only able to be stretched horizontally, thanks to high surface tensions. They also need to be immersed in water to avoid forming a paste.

But the researchers, including the study's lead author, Liang Hu, added the iron and nickel, as well tin alloy immersed in hydrochloric acid, to the solution, which lowered the surface tension.

From there, they were able to "stretch the droplet to almost four times its resting length," as well as manipulate it using magnets.

The researchers also said the liquid metal showed conductivity and with the connection of two electrodes, it could light up an LED bulb.

While a shape-shifting robot such as the T-1000 isn't likely to happen any time soon, the researchers highlighted the potential for future applications, including robots.

"MLMD presents a fundamental and promising platform for the liquid metals to further develop the multi-freedom actuation in free space and eventually lead to the dynamically reconfigurable intelligent and biomimetic soft robots in the future," the researchers wrote.

Where's Arnold Schwarzenegger when you need him?