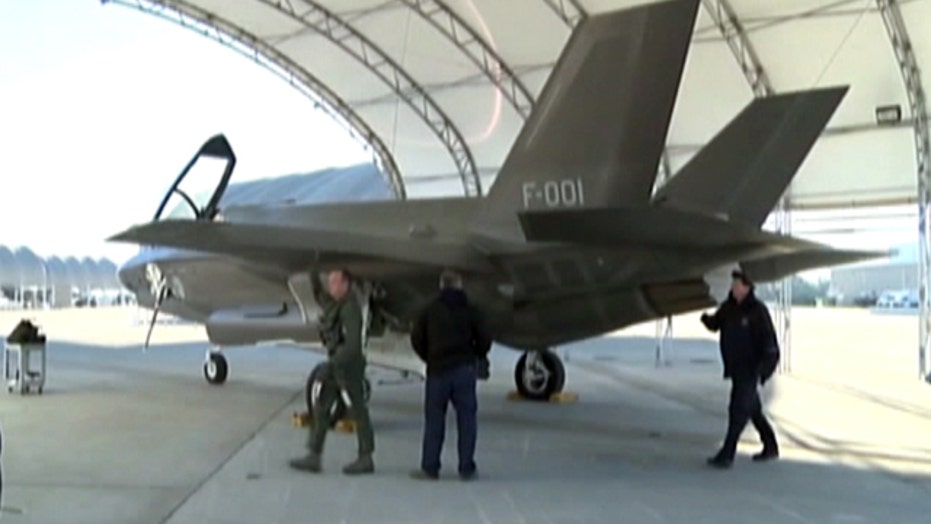 Are low cost fighters a solution for future battles?

With a price tag of $20 million, the Textron AirLand Scorpion is an inexpensive option in tactical aircraft.

While $20 million is no paltry sum – it’s still approximately 80 percent less than the pricetag for current fighter aircraft like the F-35.

As fighter jets become more and more expensive, the Scorpion is providing fighter capabilities at a lower price tag, something which could be key in an era of fiscal austerity and military funding cutbacks.

The fighter jet made an appearance at the nation’s capital last week at the Air Force Association Air & Space Conference. Textron used Washington D.C.’s National Airport to showcase the Scorpion, featuring a range of intelligence, surveillance and reconnaissance sensors, known as ISR.

The jet made its international debut in July at the Farnborough International Airshow in the U.K. where Textron focused on the sort of weaponry it could carry. In August, Scorpion also took part in Vigilant Guard 2014, a large-scale disaster exercise conducted by the U.S. military’s Northern Command and Kansas National Guard. Scenarios included a simulated train derailment, medical evacuations, chemical spill and infrastructure damage.

Built in secret at a Cessna facility in Kansas, Scorpion was designed as a tactical plane that could handle a range of missions.

Scorpion can be weaponized using a number of different armaments, including precision-guided munitions for precision strikes. It can also be amped up with the air-to-surface and air-to-air weapons popular with the U.S. and its allies.

In addition to a combat role, Scorpion’s intelligence, surveillance and reconnaissance capabilities can be enhanced. The aircraft can also be used in roles such as maritime and border patrol, irregular warfare, surveillance and humanitarian assistance.

Scorpion can take on a range of tasks - from detecting hidden ground explosives and capturing ground images through dense jungle through to distinguishing between illegal narcotic crops and legal ones.

How is it cheaper?

The Joint Strike Fighter, also known as the Lockheed Martin F-35 Lightning II, is set to join many leading air forces – the price tag will reportedly end up around $100 million per jet.

Some argue that jets like the F-35 and the Eurofighter Typhoon reveal a focus on advanced performance over cost.

The Scorpion took only two years to go from concept to its first flight.

To accelerate the development process and lower costs, Textron leveraged relationships with suppliers and integrated already-created components, rather than designing everything especially for their aircraft.

The company, for example, designed the aircraft to accommodate its preferred engine and ejection seats.

The low cost may appeal to air forces looking to replace older aircraft or who want to maximize their budget and acquire a larger fleet of less expensive aircraft.

However, Scorpion faces competition from countries like Russia and China. The Russian light strike fighter Yak-130 and the Chinese supersonic fighter JF-17 are both on the market and attracting buyers.

The U.S. Air Force is holding a competition next year as it looks to acquire 350 jet trainers to replace its T-38 fleet. The T-38s have been in service since the 1960s. Scorpion will join the fray for selection.

Scorpion production is set to kick off next year.