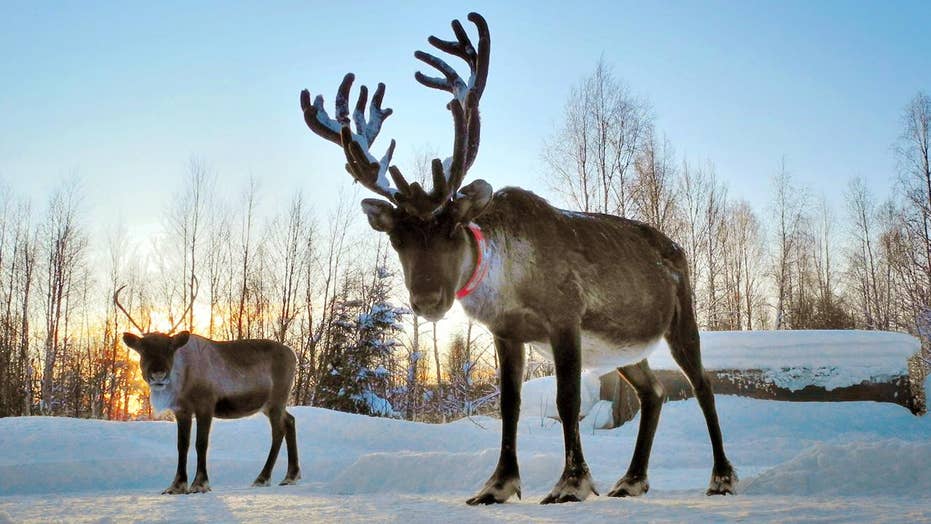 Robust Rudolph: Why reindeer antlers are so strong

A team of scientists from the U.K.’s Queen Mary University of London have discovered the secret behind what makes reindeer antlers so tough.

In a report published Monday in the ACS Biomaterials Science & Engineering, the team said it used X-ray techniques and computer modeling to get a closer look at the antlers. The team also examined the antler structures at a nano level, which measures at roughly one thousandth of the thickness of a hair strand, in order to identify what makes them so strong.

SCIENTISTS MAY HAVE FOUND 'FIFTH FORCE OF NATURE'

Scientists were keen to discover why reindeers' antlers can endure impacts during fights. First author Paolino De Falco from the university’s School of Engineering and Materials Science explained their durability on the school’s website. "The fibrils that make up the antler are staggered rather than in line with each other,” said De Falco. “This allows them to absorb the energy from the impact of a clash during a fight."

This discovery has provided insight and filled a previous gap in scientists' understanding of the structure modeling of bone, according to the university, which added that the information could be used in the future to create damage resistant materials.

Ettore Barbieri, a co-author of the report, said the next steps include creating a 3D printed model with fibers “arranged in staggered condition and linked by an elastic interface.”

“The aim is to prove that additive manufacturing - where a prototype can be created a layer at a time - can be used to create damage resistant composite material, said Barbieri.