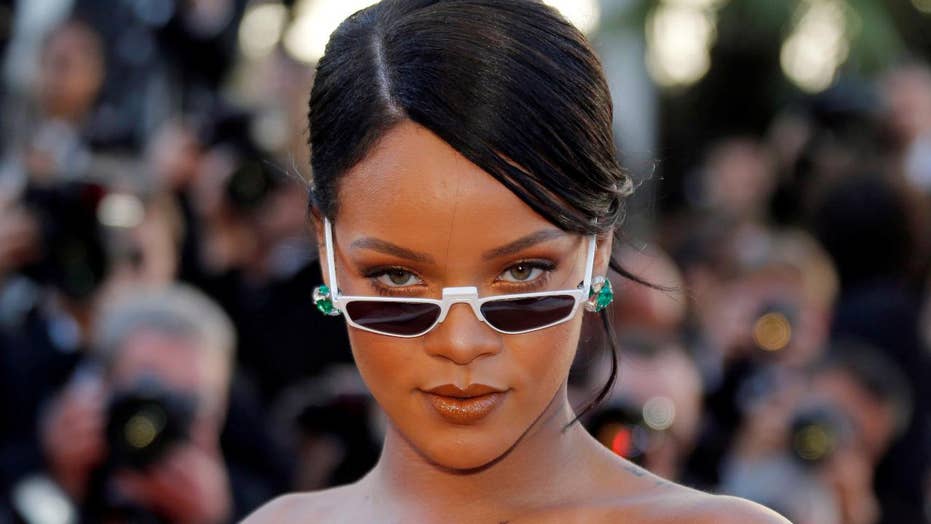 Rihanna slammed Snapchat and appeared to tell fans to delete the app after the social media platform published a “tone deaf” ad asking users if they would rather “slap Rihanna” or “punch Chris Brown.”

In a post on her Instagram story Thursday, the 30-year-old singer slammed Snapchat for an ad that “would intentionally bring shame” to domestic violence victims. The ad — posted for the “Would You Rather” game on Snapchat and only visible to U.S. users — seemed to reference the 2009 assault involving the two singers.

“Now SNAPCHAT I know you already know you ain’t my fav app out there! But I’m just trying to figure out what the point was with this mess! I’d love to call it ignorance, but I know you ain’t that dumb!” Rihanna wrote. “You spent money to animate something that would intentionally bring shame to DV [domestic violence] victims and made a joke out it!!!”

5 FREE PROGRAMS YOU MAY NOT HAVE HEARD OF UNTIL NOW

Rihanna was a victim of domestic violence when Brown, who was her boyfriend at the time, assaulted her the night before the 2009 Grammys. The Barbadian singer was left with visible contusions and bruises on her face. Brown was sentenced to five years of probation and 180 days of community labor after pleading guilty to felony assault and making criminal threats.

Rihanna said her rant on Thursday isn’t about her “personal feelings,” but about all “women, children and men that have been victims” of domestic violence.

Chris Brown was convicted after assaulting then-girlfriend Rihanna in 2009. (Reuters)

She concluded her statement by saying, “throw the whole app-ology away” — appearing to tell her followers to delete the app and slamming Snapchat’s apology it made earlier in the week.

KYLIE JENNER BREAKS UP WITH SNAPCHAT, AND THE $1.3 BILLION LOSS IN STOCK VALUE IS A LESSON FOR OTHER COMPANIES

Several Snapchat users were outraged about the ad that made “light of domestic violence.” One person called it “extremely tone deaf,” while others called in “disgusting” and “disrespectful.” The ad even captured former first daughter Chelsea Clinton’s attention on Twitter.

In a statement to BBC’s Newsbeat, Snapchat apologized for the ad, adding that it was published “in error” and has been removed.

"The advert was reviewed and approved in error, as it violates our advertising guidelines. We immediately removed the ad last weekend, once we became aware,” Snapchat’s statement said.

"We are sorry that this happened.”

Snapchat’s advertising policy states that all ads are reviewed and approved before going live on the app. Ads that include “shocking, sensational or disrespectful content” are banned.

Shares of the Evan Spiegel-led Snapchat were drastically underperforming the broader stock market, falling nearly 5 percent in mid-Thursday trading, to $17.