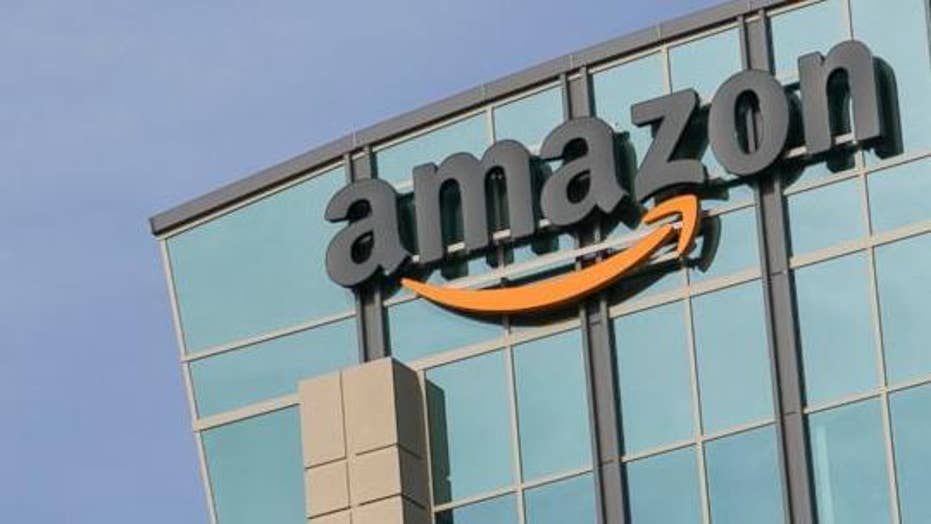 How Amazon paid zero in taxes on its billions

In 2017, Amazon reported $5.6 billion of U.S. profits and didn't pay a dime of federal income taxes on it. It also gets a $789 million windfall from Trump's new tax law. #Tucker

What’s good for Amazon may not be great for the cities fighting to outdo each other in a bid for its expansion.

Several cities are fiercely competing to woo Amazon for its $5 billion second headquarters, offering millions in tax breaks. However, local residents and activists on the right and left are pushing back against the tech behemoth.

In places like Atlanta, Pittsburgh, Pa. and Washington, D.C. locals are questioning the value of subsidizing a tech company that made over $21 million in profit per day during the last quarter of 2017.

A group of activists in Atlanta set up a website against bringing Amazon’s headquarters to the Georgia capital, calling the entire process akin to “a televised Hunger Games death-match.” The anonymous group also designed fliers that have posted around the city.

In D.C., the Fair Budget Coalition teamed up with local socialist activists to launch ObviouslyNotDC.com, which points out that Amazon CEO Jeff Bezos is worth over $120 billion, bemoans the negative impact that 50,000 new Amazon employees would have on the district’s already-suffering infrastructure and calls attention to the city’s housing affordability crisis.

Generation Opportunity, a conservative advocacy group for young people with ties to the Koch brothers, has launched a digital ad campaign with a video that compares Amazon’s search for a second headquarters to—yup, "The Hunger Games."

In Maryland, which has proposed $3 billion in tax incentives for Amazon, Democratic State Senator Rich Madaleno told Bloomberg that he opposes paying the firm to build in his state: “You’ve got a company that could probably put out the $5 billion without blinking an eye.”

YOUTUBE WILL LINK TO WIKIPEDIA TO COMBAT CONSPIRACY THEORIES

At a meeting in Pittsburgh last month to discuss the potential implications of Amazon relocating there, more than 100 residents chanted “Whose city? Our city!” and said that Amazon would accelerate the gentrification that’s already pushing longtime residents out of the city.

“There’s a battle already going on in Pittsburgh between the government that supports businesses like the Pittsburgh Penguins and Uber and Google and all these other companies coming into town, and the people who lived here for so long who can no longer afford to live in Pittsburgh or even in the Pittsburgh region,” Carl Redwood, adjunct professor at the University of Pittsburgh, said. “If Amazon comes here, it will accelerate the battle and it won’t accelerate it necessarily in our favor.”

In New Jersey, where Newark is courting Amazon, Gov. Phil Murphy has ordered an audit of all tax-subsidy programs. His predecessor, Chris Christie, put together a $7 billion tax-break package for Amazon.

A petition launched by urbanist Richard Florida and other academics calling for finalists to get behind a "mututal non-aggresion pact" on tax incentives has garnered over 15,000 signatures.