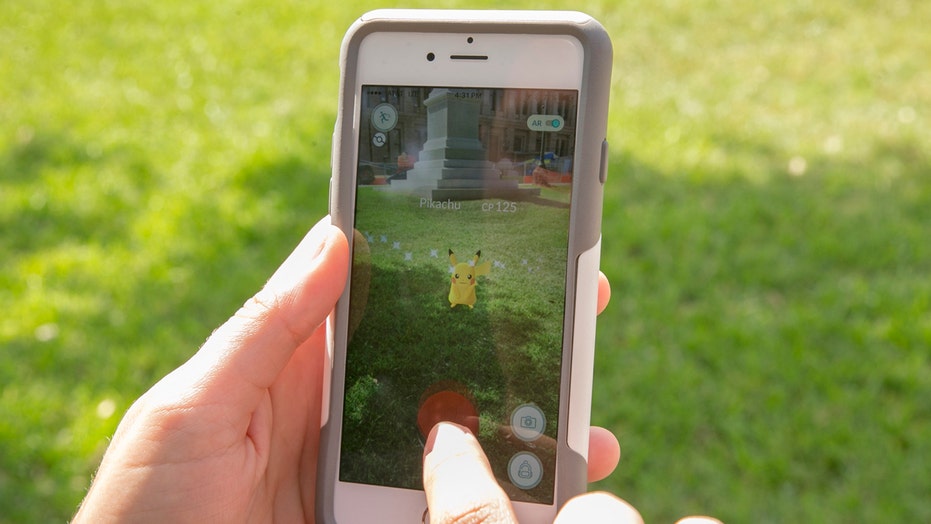 Hot new app may have access to user's personal info

“Pokemon Go” has become a phenomenon since its launch last week, although the location-based Nintendo game is sparking controversy at sites such as the United States Holocaust Memorial Museum, Arlington National Cemetery and Auschwitz.

The Washington Post reports that the Holocaust Museum in Washington D.C is a “PokeStop” on the game where players can get free items within “Pokemon Go’s” digital world. Museum officials told The Post that they are trying to get the museum excluded from the game.

Reports have also emerged of people playing “Pokemon Go” at Arlington National Cemetery, prompting officials to urge visitors to refrain from playing the game at the final resting place for thousands of America’s veterans.

Inappropriate gaming has been reported at other landmarks, such as the site of the Auschwitz concentration camp in Poland. New York magazine says that an unnamed source was able to “capture” a "Pokemon Go" character at Auschwitz, which may be marked as a PokeStop. The report notes, however, that the game has not yet launched for users in Europe, so confirming
this might be difficult.

The game is the the latest installment of Nintendo’s popular late 90s/early 2000s video game and has taken the world by storm since its launch, creating a completely new kind of gaming phenomenon.

Like the original game "Pokemon Go" is based on the Japanese tradition of bug catching, and 151 creatures are presented for snagging, according to Vox.

While the old, familiar faces are front and center, "Pokemon Go" has taken location-based gaming to a whole new level. The free app-based game creates a sort of "digital world" around physical sites using local time and GPS location, so that digital creatures “interact” with players in real time.

Real talk though why is this Jigglypuff leading me to this unmarked white van #PokemonGO pic.twitter.com/gfaUakNO9O

Similar Web estimates that over 60 percent of U.S.-based installers are using the app daily. As of July 8, the game had an average usage time of 43 minutes and 23 seconds per day, surpassing other popular apps like Snapchat and Instagram. The app is poised to unseat Twitter if its popularity continues, according to several observers.

Metrics aside, "Pokemon Go" is also taking the social world by storm, with some interesting aftershocks. Cosmopolitan reported that some users are meeting on the app, hitting it off and going out on dates. Users are sharing their updates everywhere, from the delivery room, to a creepy white van. The Westboro Baptist Church was even caught up in the brouhaha after a user named Pinkrose claimed its location for a pink character named LoveIsLove. Westboro countered by creating a Jigglypuff.

Some users are also resorting to shenanigans that Pikachu probably wouldn't approve of. On Sunday, Missouri police confirmed that four teens in the St. Louis area were luring victims to locations where they could collect characters, and robbing them. The police confirmed that the teens were ages 16 to 18 and had committed nearly a dozen robberies in the area.

"Pokemon Go’s" dark side doesn’t end there. According to Popular Science, the game has sparked privacy concerns by requested full access to users' Google accounts. However, Niantic, the app’s developer, told Business Insider that the extensive information request was the result of a bug on the iOS version of "Pokemon Go" and was not used to look at players' account information, other than their email address and user ID. The bug will be fixed, it added.

“Pokemon Go” developer Niantic has not yet respondedto a request for comment on this story from FoxNews.com.