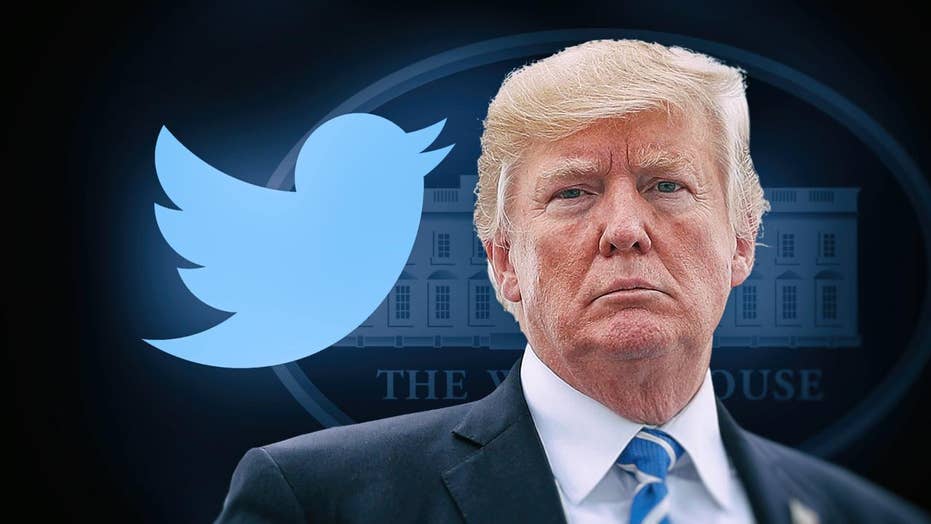 Twitter in hot seat on Capitol Hill on alleged bias

Rep. Leonard Lance speaks out on what he plans to ask Twitter CEO Jack Dorsey on the handling of conservative content.

Twitter CEO Jack Dorsey has laid out his firm’s defense to allegations of anti-conservative bias on its platform.

In prepared testimony to the House Committee on Energy and Commerce obtained by Fox News, Dorsey denies that the San Francisco-based company is biased. “Twitter does not use political ideology to make any decisions, whether related to ranking content on our service or how we enforce our rules. We believe strongly in being impartial, and we strive to enforce our rules impartially,” he says.

Dorsey continues: “We do not shadowban anyone based on political ideology. In fact, from a simple business perspective and to serve the public conversation, Twitter is incentivized to keep all voices on the platform.”

The company’s campaign to foster healthier conversations on its platform with the aid of academics also faced an allegation of anti-Trump bias.

Dorsey also addresses the algorithms that Twitter uses on its platform, noting that the company uses a range of “behavioral signals” to determine how tweets are organized and presented in users’ timelines. This includes, for example, analyzing how accounts interact with each one another, which can be used to identify spam and abuse.

“The behavioral ranking that Twitter utilizes does not consider in any way political views or ideology. It focuses solely on the behavior of all accounts,” Dorsey says. “We use thousands of behavioral signals in our behavior-based ranking models this ensures that no one signal drives the ranking outcomes and protects against malicious attempts to manipulate our ranking systems.”

The Twitter chief will be on Capitol Hill Wednesday to testify before the House Committee on Energy and Commerce regarding the company’s algorithms and content monitoring. The social media giant recently took heat for the so-called "shadow banning" of certain prominent Republicans, restricting their visibility in search results. Twitter blamed the problem on an algorithmic glitch.

TWITTER CEO GETS WHY CONSERVATIVES ARE SUSPICIOUS OF BIG TECH

While Twitter says that the accuracy of its algorithms will improve over time, Dorsey acknowledges that algorithm-driven results can sometimes be flawed.

“Despite the success we are seeing with our use of algorithms to combat abuse, manipulation, and bad faith actors, we recognize that even a model created without deliberate bias may nevertheless result in biased outcomes,” he says. “Bias can happen inadvertently due to many factors, such as the quality of the data used to train our models. In addition to ensuring that we are not deliberately biasing the algorithms, it is our responsibility to understand, measure, and reduce these accidental biases. This is an extremely complex challenge in our industry, and algorithmic fairness and fair machine learning are active and substantial research topics in the machine learning community.”

The CEO also argues that conservative voices have a strong presence on Twitter. Last year, for example, there were 59.5 million tweets about Make America Great Again. Citing Pew Research Center Data, Dorsey said that people on Twitter used #MAGA an average of 205,238 times per day from Election Day 2016 through May 1, 2018. #TCOT, or top conservatives on Twitter, was is one of the platform’s top hashtags in 2017, with 8.4 million tweets last year. #CPAC and #CPAC2018 were tweeted 1.2 million times in a four-day period during the Conservation Political Action Committee (CPAC) conference earlier this year, Dorsey added.

Additionally, the testimony offers some insight into lawmakers’ use of the social media platform.

Twitter’s data scientists analyzed tweets sent by all members of the House and Senate that have Twitter over a 30-day period from July 23, 2018 until Aug. 13, 2018. Democratic members sent 10,272 tweets and Republican members sent 7,981 tweets during that time. “Democrats on average have more followers per account and have more active followers,” Dorsey says. “As a result, Democratic members in the aggregate receive more impressions or views than Republicans."

In addition to testifying before the House Committee on Energy and Commerce, Dorsey will also testify before the Senate Intelligence Committee Wednesday morning. Also testifying are Facebook’s Chief Operating Officer Sheryl Sandberg and Kent Walker, Google’s senior vice president for global affairs. Google CEO Sundar Pichai declined to testify at the hearing, sparking criticism from senators of both parties.

The Twitter CEO recently told Fox News Radio that he understands why many conservatives are suspicious of the large tech companies, given the liberal-leaning culture of Silicon Valley. The CEO, however, says that his company is committed to building a culture at that encompasses all viewpoints.

Fox News’ Andrew O’Reilly and the Associated Press contributed to this article.