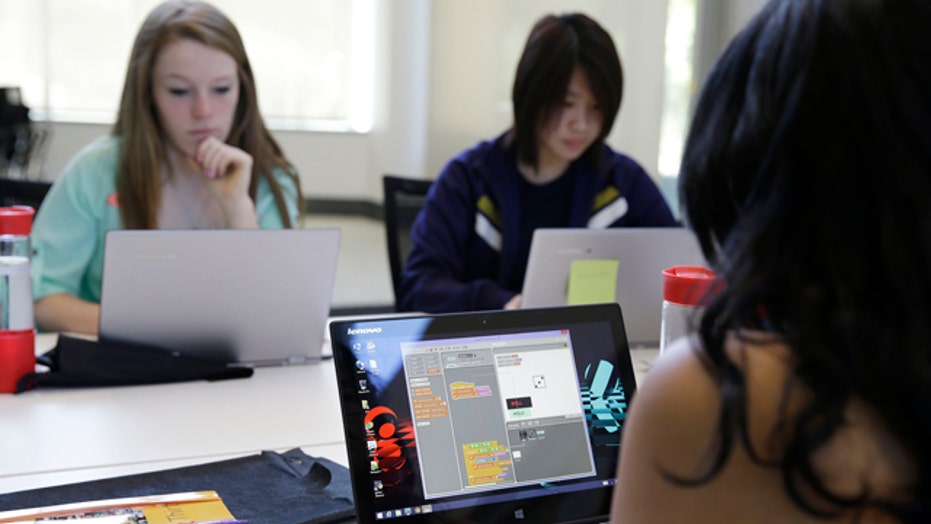 Why aren't more girls getting involved in tech?

Only a quarter of women are working in the U.S. tech sector, a recent government study suggests.

Google fell below the national average finding only 17% of Google's tech workforce are women. After seeing these low figures, the company has announced a $50 million dollar initiative called 'Made with Code' to get more girls interested in computer coding.

Jovena Whatmoor, co-organizer for NYTechWomen and co-founder of Clutch Talent told Foxnews.com she applauds this move by Google. She has said it’s her mission to show women why they should work in tech.

Whatmoor says the current gender gap in tech is a “big problem.”

She added, “the gap is really large and what happens is early on girls are not tracked to technology and then throughout their careers they are not encouraged to continue down that route and so we have this huge shortage of women in the software, engineering, and tech community.”

Whatmoor believes the incentives for students- especially young women- to go into the tech workforce are there, but these are not being presented in a way that is showing that all types of people are in technology.

“If you tell a high school kid that they can make potential $100,000 a year right out of school if they are going to one of the top universities and studying computer science I think we will have more people attracted to that. There is movement towards it and salaries are continuing to grow,” Whatmoor said.

Critics, including Whatmoor say there are not enough role models for women to work in technology.

“If you look at the proportions of how many of these big tech companies are led by men versus women, they are not that many women,” Whatmoor said. “When we look at the actual people who are software engineers that make it all the way in their career field to being ‘chief technology officers’ … there are still so few women.”